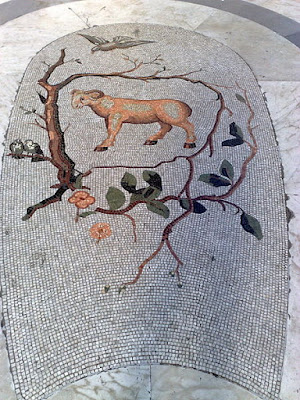 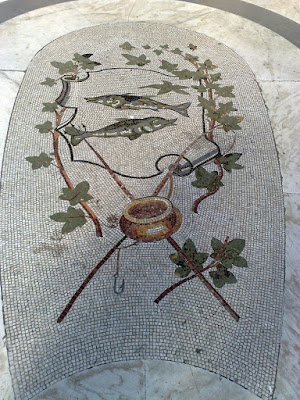 Pavement Mosiacs of Pisces and Aries at the Umberto Gallery in Naples, Italy

As we begin the month, we are still under the strong influence of the Saturn-Uranus square, a tense aspect that necessitates some action to relieve this energy. In fact, on March 1, we have only one degree of separation between these planets. By the end of the month, a little over two degrees will separate the planets. Both of these planets are in fixed signs, with Saturn in airy Aquarius and Uranus in earthy Taurus. Last month, when these planets reached an exact square on February 17, we saw the severe effects of climate change on Texas, a state not used to extreme cold. That state’s self-contained electrical grid (ruled by Uranus) froze and ceased operating, thereby shutting off power to many of the structures (ruled by Saturn) inhabited by Texans. The square indicates that some type of action will relieve that condition, but whether that occurs is in the hands of Texans. However, such situations are not exclusive to Texas, because we are all subject to the phenomenon represented by the Saturn-Uranus square in matters that we need to address.

As we move through the month of March, we will experience increasing diversity in the energy of the cosmos. The planets will be shifting from an overabundance of fixed planets to increasing mutability and cardinality. Fixed planets can provide a great deal of focus on the tasks at hand, but under their influence we might feel unable to move beyond a particular perspective. However, with Venus, the Sun, and Neptune in Pisces, boundaries are less defined and more permeable. Piscean qualities work well in the realm of art, spirituality, and in some forms of the healing arts.

The action planet Mars will shift from earthy and fixed Taurus into airy and mutable Gemini on March 3. We might sense a shift to a faster pace. Energetic Mars could be effective in the domains of Gemini, which involve making connections with others, either to satisfy our need for relating or to gather information for a project. Mars will also thrive in the areas of speaking and writing. When Mars forms a quintile with Neptune on March 8, the creative juices are available for expressing inspiration and imagination. Furthermore, when Mars goes out of bounds on March 21, the reins are loosened and all bets are off as to what activities we might find ourselves!

The Sun enters Aries on March 20. Aries is ruled by Mars, so we can see that we are heavily motivated by the need to take action on various fronts. Its aspects with Pluto in Capricorn might ground its efforts in earthly reality, but the majority of its contacts with other planets are primarily fiery and watery this month.

Mercury, the planet of communication and the mind, moves into Pisces on March 15. Since Mars will be in Gemini most of the month, the planet will be answering to Mercury, which is in Pisces, ruled by Neptune. Consequently, our communication could seem scattered but filled with creative ideas. It’s a good time to work on our vision and on an organizational mission statement.

The seven quintiles that emerge this month (see chart below) reinforce other planetary formations that suggest CREATIVITY is a key theme this month. Just know that this gift is available to you in whatever form you wish to express this!

Posted by ASTROLOGY DIALOGUES at 1:28 PM