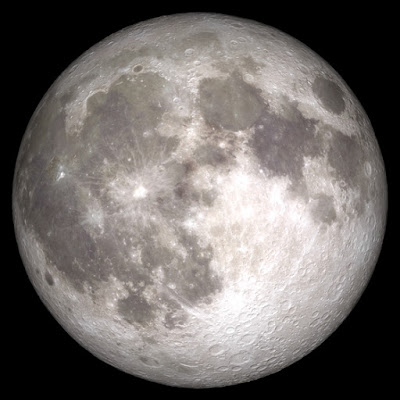 When we enter April, the Sun is transiting lively Aries. We see more light and feel greater vitality. The energy of Aries primes us for new beginnings. As the month proceeds, we gain greater clarity as the fog of March dissolves. On April 20, the Sun moves into Taurus, a sign that promotes groundedness.

This sense of encountering fresh territory is echoed at the New Moon (15° Aries 17′) on April 5 at 1:50 am PDT, when we experience a reset of our emotional energy. The Sabian Symbol for this degree is AN INDIAN WEAVING A BLANKET IN THE LIGHT OF THE SETTING SUN. The creation of a blanket involves great artistry, hard work, and much time. Each product reflects the unique personality of its artisan, yet the process and practice reflects the long tradition of a culture. This fuses the qualities of Aries individuality with Taurus perseverance. The symbolism suggests that whatever we emotionally commit to will involve time and skill. Ultimately, we will be rewarded through our enjoyment of the process and the product.

At the Pink Full Moon (29° Libra 07′) on April 19 (at 4:12 am PDT), we reach the lunar phase that symbolizes a culmination of energy. The 29th degree of any sign is considered a critical or anaretic degree. It can indicate an excessive expression of the characteristics of the sign. In the case of Libra, planets at this degree might represent a time when we vacillate between two or more positions, or when we yield excessively to others in order to keep the peace. When we are cognizant of this possibility, we can counter these feelings and behaviors with appropriate strategies. The Sabian Symbol for this degree is MANKIND’S VAST ENDURING EFFORT FOR KNOWLEDGE TRANSFERABLE FROM GENERATION TO GENERATION.  Because the Moon represents our past and our traditions, its placement at 29 degrees indicates a deep yearning to pass customs and information on to others.

The three inner planets will make sign changes in April. The first of these is Mars, which moves into dualistic and speedy Gemini on April 1. Mars thrives when it operates spontaneously, and changeable Gemini can facilitate this need. Later in the month, Mercury, the communication planet, begins its transit of initiatory Aries. Therefore, these two planets are in mutual reception, because Mars is the ruling planet of Aries, while Mercury is the ruling planet of Gemini. When there is a mutual reception, the energies are synergistic. Finally, on April 21, Venus begins its transit of Aries, where its relationship energies might be expressed in fiery ways.

In April, we initiate a period where we encounter feelings rooted in our past that necessitate release before we can move on to new territory in our lives. This is symbolized by the conjunction to the South Node (our past and what we have mastered) by the powerful and slow-moving planets of Saturn and Pluto. Saturn is about manifestation and time in our earthly world while Pluto represents the process of death and rebirth that leads to transformation. Some practitioners of astrology look at human existence from an evolutionary standpoint. Within this framework, Saturn is associated with karma and Pluto with the soul’s journey. Whatever one’s perspective, these can be profound changes if we can tap into the issues highlighted in our chart.

This week favors the use of our intuition and idealistic visions over rationality as Mercury (the mind) and Neptune (imagination) conjoin, reaching an exact aspect on April 2. We may struggle to understand what is real and what is illusion, although that can vary depending upon our individual point of view. This period might force us to do a little research to determine fact from fiction. However, this can be prime time for people in the creative fields. If you are a writer, it’s a fruitful period to think up story lines and character dialogue.

On a more serious note, this week presents opportunities for teaching and mentoring, as well as for the healing of others or ourselves. This is symbolized by the sextile between Mars (propelling energy) and Chiron (the centaur who became the “Wounded Healer).

When Mercury sextiles Saturn, we are inclined toward reaching fruitful objectives with our ideas and communication. We are motivated to show some tangible outcomes in our projects. Keep in mind that Mercury is in Pisces, so we might rely on our intuition in getting our work done. This is a great combination for including both compassion and practicality in whatever matters we have to tackle. This need for compassion is particularly true when both Mercury and Venus trine the North Node in sensitive Cancer. What we need to watch out for is a tendency toward being overly opinionated and pushing the limits of concepts, as reflected in the square between Mercury and Jupiter.

This week we might feel a particularly strong need for creating or viewing art or designing an aesthetic environment. This energy is reflected in the conjunction between Venus in Pisces and Neptune in Pisces. This can also steer us to seeking to being more compassionate in relationships, whether with those close to us or in some type of humanitarian work.

Despite the urge for compassion in our environment, we might experience situations where we are tested by others and where we might feel our value is questioned. This stems from the energy of the Sun and Saturn square, the Sun and North Node square, as well as the Sun and Pluto square. This could be a time of disagreements with authority figures and power plays. We might feel thwarted in our growth.

The aspects signal relief from the challenges of last week. As the Sun trines Jupiter, we feel better about ourselves and experience greater faith in our plans. Intense interactions with others might have been subdued as Venus sextiles Pluto. However, when Venus squares Jupiter, we might not yet see the rewards come our way.

On Saturday, the Sun leaves lively Aries and begins its transit of more tranquil Taurus. This sign thrives on seeing the tangible results that were planted by initiatory Aries. Taurus is prepared to work hard, but also believes in savoring down time and appreciating the beautiful objects that have been her reward for her efforts.

Our personal direction this week could be linked to an event that “awakens” us, the result of the Taurus Sun in conjunction with disruptive Uranus in Taurus. At the societal level, this could be information or actions (including those of Mother Nature) that affect large numbers of people. Taurus is often associated with banking, and there could be some surprises or shocks that affect this industry.

The theme of harmony and creations continues this week, but with a different emphasis. Now transiting Aries, Venus is the planet involved in quintile formations with Saturn, Mars, and Pluto. Mars also forms a quintile with Chiron, at the same time that Venus conjuncts the “Wounded Healer.” Aside from her love of aesthetics, Venus is the planet of relating. Perhaps this week Venus promotes harmonious relationships and diplomacy, which might be expressed not only in our personal lives but on the world stage.

We could once again feel in harmony with our personal quest, as the Sun quintiles the North Node. This might be a particularly creative period for us. Saturn opposing the North Node suggests that our personal goals will manifest through our commitment and efforts.

Posted by ASTROLOGY DIALOGUES at 11:40 AM