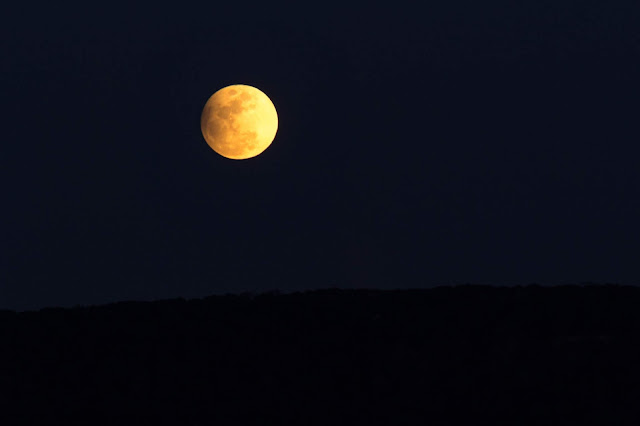 February is a month when we are in gear for dreaming up ideas and accomplishing whatever we have envisioned. All the planets remain in direct motion, therefore the qualities of each planet will be expressed in an external manner. All is clear for takeoff!

The Sun in Aquarius for most of the month creates a climate of quirkiness. Aquarians, representing the last air sign in the zodiac, are known for their unorthodox perspective, which makes them appear odd. Additionally, the Aquarian mind is often drawn to the sciences, mass communications, and with disciplines concerned with the betterment of humanity. Because the Moon and Sun conjoin at the Full Moon on February 4 at 1:03 pm PST, the topics of importance to Aquarius might be areas that we might want to be involved in as we set our intentions for the next lunar month.

We have completed the eclipse season in January, which might have impacted some people more profoundly than others. Eclipses are often times when matters are brought to light and these revelations can bring significant change.

The month opens with a bang on February 1 as we have the Warrior energy of Mars square the Lord of the Underworld, Pluto. This aspect is about the tension of powerful forces encountering one another, whether it is in the form of intense debate or actual physical confrontation. The meeting of these two planets can signal anything from mere bickering to more serious forms of intentional violence. When this aspect occurs, we also observe that nature itself releases powerful energy that has been building. As I am posting this article on my blog on February 1, I just learned that there was a powerful earthquake in southern Mexico, the land of my ancestors. We always hope that the expression of this aspect is in its mildest form.

Another potent day occurs on February 12 at 10:20 pm PST when assertive Mars in Aries (29°12′) conjuncts quirky Uranus (29°12′). Both of these planets are in hot energy signs. Additionally, these planets are in the last degrees of these signs, where they often express that energy most emphatically. The very nature of Uranus makes it challenging to know exactly how this aspect will be expressed, but it certainly will involve some sort of upheaval or surprise.

Two energy shifts occur on February 18. At 1:09 am PST, the asteroid Chiron, the wounded healer, moves back into Aries. We can anticipate seeing greater activity in researching and producing new healing modalities. On this day, we transition into greater feeling mode when the Sun begins its transit of the water sign of Pisces at 3:04 pm PST. This energy could take the edge off of harder orientations. Pisces is intuitive and its formidability can be its ability to merge and change.

We celebrate the harvest of our projects at the Full Moon in Virgo (0°42′) that occurs on Tuesday, February 19 at 7:53 am PST. At this phase of the moon we are able to gain an awareness of a situation by seizing the qualities of the opposing planet. Whereas the solar placement can see the bigger picture, the discerning qualities of Virgo can help us to understand how the components work to make a whole.

Friday, the beginning of the month, is a potent day. Mars square Pluto is about the assertion of power. The degree and the manner of its expression will depend upon the particular situation. The energy of confrontational Mars pressured (square) by the need for a major purge, symbolized by Pluto, indicates that explosive situations might occur around this time, especially if it stems from buried rage. We could see firings, layoffs, and strikes in the workplace. We can all hope that this does not signal mass violence or war.

The serious Capricorn Moon will be with us beginning late Friday afternoon through Saturday. Relationships could be strained during these two days, and we should be aware of not opening old wounds in a partnership (Venus square Chiron). Restrained emotions brought by the Capricorn Moon might let us see some unorthodox solutions to interpersonal relations and communication when Venus trines nontraditonal Uranus and Mercury quintiles Uranus. People need freedom of expression. There might also be a desire to awaken others as it relates to values.

Venus moves into practical Capricorn at 2:29 pm PST on February 3. The territory of Venus includes values, finances and resources, as well as relationships. In Capricorn, Venus will want to see some tangible outcomes in all these areas.


With a little effort, we could see some positives outcomes from opportunities presented to us all this week (idea generating Mercury and the self-promoting Sun sextile rewarding Jupiter). We could feel a lot of drive (Mercury sextile Mars) to accomplish our goals and to put thought into action. However, it’s helpful if we keep our ego in check.

On Monday, at 1:03 pm PST we have a New Moon at 15°45′ Aquarius. New Moons are when we reset our emotional perspective each month. During this brief time, the Sun and Moon share the same sign of Aquarius. When people are influenced by Aquarius, they display a cool persona of dispassionate analysis. However, this does not mean that this sign is uncaring, In fact, Aquarius is very future-oriented and concerned with issues pertinent to the community and humanity in general. New Moons are appropriate times to set intentions for the next month. This month you might consider goals for how we will connect with our community–whatever has meaning for us.

In the middle of the week, we are experience a space that generates brilliant ideas that pertain to our personal goals (Sun quintile Uranus). If we are involved with the arts and esthetics, we can be especially inspired at this time (Venus quintile Neptune). This is reinforced with the Sun’s sextile to Jupiter, when we are motivated to devise big plans.


Mercury is very active this week and our intellect is especially busy. Mercury involves more than the mind, and this planet can also generate the impetus for us to travel around town and link up with others, for business or personal reasons. Meanwhile, both Mercury and Mars have irritating aspects to the North Node of the Moon in sensitive Cancer, so we might have to negotiate a balance between activities we want to partake in the outer world with the obligations to home and family.

Mercury moves into fluid Pisces, the sign often described as a chameleon. With Mercury quintile Jupiter, we can think creatively. This combination of Pisces and Sagittarius (which Jupiter is transiting)is concerned with the higher mind as it relates to spirituality and religion. Concepts such as the commons (as in shared spaces), peace, and international relations might be topics of conversation or action at this time. Individuals involved in all forms of art might experience peak inspiration.

When action planet Mars meets up with unpredictable Uranus mid-week, we could see uprisings or hear surprising information. At the end of the week, we might realize that our capacity for future growth requires tweaking our rational mind and our feelings to get them in sync (Sun in Aquarius quincunx North Node in Cancer).

Our planet of relating and resources, Venus, is a serious gal these days as she transits businesslike Capricorn. Yet on Sunday, she can temporarily let her hair down and loosen her boundaries when Venus sextiles Neptune, the planet that dissolves what it touches. The mood for today is unorthodox, as the Sun sextiles Uranus. We might gravitate toward personal projects that let us use our imagination and our sense of aesthetics. Redecorating anyone?

When Venus returns to work on Monday, she encounters Saturn, the rule enforcer. It’s back to reality! But her mind is still in fantasy land, and she might have a hard time concentrating on work, as Mercury conjoins with Neptune. The next day we find some ways to work creatively with hurts in our soul, as Venus quintiles Chiron, the symbol of our timeless wounds. With Mercury in a sextile to Saturn, we have opportunities to get passed communication barriers

On Thursday, we can work creatively and optimistically on our life direction when the Sun quintiles Jupiter. The following day, we encounter some difficulty in putting our imagination into a long-range plan, as Mercury squares Jupiter. We might also feel a let down after being overly optimistic about a work project or about something in our personal life. However, if you’ve done your homework, this might be an opportune time to seek out those in power to hear you out, when Mercury sextiles Pluto.

On Monday, an event might trigger an awareness of the need to be wise and conservative with resources versus being understanding and generous, as Venus opposes the North Node in Cancer. At midweek, we realize that compassionate thinking and words can help to deescalate and defuse  any confrontations with others (Mercury trine the North Node in Cancer and the Sun sextile Mars).

Posted by ASTROLOGY DIALOGUES at 2:10 PM