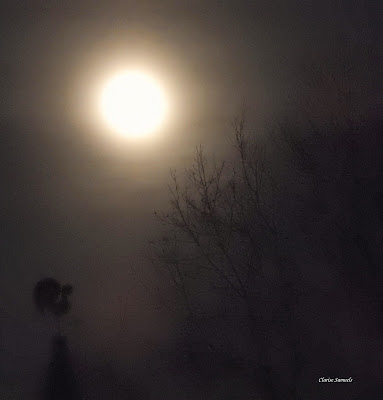 
January 2019 is a very active month and the eclipses that occur during this timeframe suggest that major changes are afoot. Eclipses are harbingers of important events to come because these are periods when matters come to light. These revelations may spur people into some type of action. This month we have a partial Solar Eclipse on Saturday, January 5 at 15° Capricorn on the (descending) South Node of the Moon. Because the lunar South Node relates to matters of the past, it presents us with the opportunity to release old issues before we can move to the direction of our growth, symbolized by the lunar North Node. Two weeks later, on January 20 we have the Lunar Eclipse, which occurs at 0° Leo on the lunar North Node. People who have planets in their natal charts at these degree placements are more apt to be affected by these eclipses. At the societal level, we might become aware of issues that pertain to financial or economic issues at the Solar Eclipse. On the other hand, the Lunar Eclipse might affect us individually concerning matters that are close to our heart. At the societal level, this Leo placement suggests that we will learn something significant about those in leadership positions.

The energy picks up this month as Mars transits fiery Aries the entire month of January. Mars moved out of mellow Pisces on December 31. Placements in Aries and Sagittarius this month will support this enthusiastic energy. However, there are planets in Capricorn that will be forming aspects with the fire signs. Capricorn and its ruler Saturn symbolize the energy of restraint: they ask us to consider what plans and strategies have been put into place before we expend energy on implementation. This will cause tension at times between these two orientations.

Uranus stations and returns to direct motion on January 7 at 28°36′ Aries. Uranus, particularly in direct motion, often plays the wild card role, bringing unexpected events. This month, Uranus dances with the Sun, Mercury, and Venus. We might expect some upheaval or brilliant ideas concerning personal direction, our communication, and our ways of relating.

Mercury and Venus change signs this month. On January 4 in the evening, Mercury moves from adventurous Sagittarius into serious Capricorn, where it will remain until January 24. At that time, the communication planet joins the Sun in quirky Aquarius for the rest of the month. Mercury is out of bounds again from January 2 through January 18, so verbal and written expression might be extreme. Meanwhile, Venus, the planet of relating, leaves its long journey through intense Scorpio and begins transiting freedom-loving Sagittarius.

On New Year’s day we sense a seriousness of purpose in setting intentions and goals for the next twelve months. Saturn’s conjunction to the Sun provides the energetic impetus for building solid structures. Now that Mars has just entered go-getter Aries, we can hardly wait to begin new projects that will yield solid products or outcomes. Yet as Mercury in the late degrees of Sagittarius forms a quincunx with the North Node in Cancer, the party animal inside of us might resent our domestic obligations on this holiday. This calls for some adjustment in our attitude or behavior. Perhaps we can volunteer to make the party dip before we sit down to watch some football? However we choose to spend this day, we need to be aware of what we say, so as not to open any wounds, as out-of-bounds Mercury squares Chiron, the astrological symbol of that which has wounded us.

Whether we are still taking off time from work or back on the job, we have the capability to think outside the box (Mercury trine Uranus ) and be creative with our personal direction (Venus trine the North Node and the Sun sextile Neptune). This will be optimally effective if we are able to incorporate intense passion in our healing (Mars in Aries quintile Pluto in Capricorn and Venus in Scorpio trine Chiron in Aries). We might find it difficult to undertake sudden or radical approaches in this healing process, but nonetheless, some adjustments are in order (Venus in Scorpio quincunx Uranus in Aries).

Saturday represents the culmination of tremendous change this week, as we experience a Solar Eclipse on Saturday, January 5 at 5:28 pm PST @15°32′ Capricorn. Anyone who has planets on or near this degree (or at this degree in the other cardinal signs of Aries or Libra) might be impacted by significant change at this time.

Creativity is highlighted at the beginning of this week, as Mercury quintiles Neptune and the Sun quintiles Chiron. The time is ripe for thinking up or communicating visions on how we might overcome some problems we face or how we can help others address their issues.
From midweek to the end of the week, we might face situations where there are disagreements regarding ideas and/or the implementations of ideas, as Mercury squares Mars and the Sun conjuncts Pluto. Hopefully, we can be transformative in our approaches rather than to resort to nonproductive power plays.

This week might be one where you hear the phrase “leave well enough alone.” At the beginning of this week, Mercury, the planet of ideas and communication conjuncts Saturn in Capricorn. This pertains to the practical and the tried and true. Meanwhile, we find it difficult to develop long-range plans based on what we see as pie in the sky visions (Jupiter in Sagittarius square Neptune in Pisces).
Yet, as the week progresses, we understand that we need to be driven by ideals (Mercury in Capricorn sextile Neptune in Pisces) in order to find creative solutions to problems (Mercury quintile Chiron). We become aware that we need to strike a balance between a business-like approach to our direction with considerations for the feeling nature of others (Sun in Capricorn opposes the North Node in Cancer). Our challenge is to integrate these perspectives.

With Venus out of intense Scorpio and now in noncommittal Sagittarius, she enjoys the freedom of cavorting with her partner Mars, who is now at home in active Aries. The two can have a lot of fun in sports activities.

Nevertheless, the serious tone of the week remains the predominant theme. Mercury, ruler of communication in serious Capricorn is forced to engage in matters regarding power on January 18 when it conjuncts Pluto, lord of the underworld. We all need to be aware of the fine print before we commit to anything. With a little effort, we can avoid being a victim to this situation, as the Sun sextiles Chiron. However, there might be a lot of discontent from those who are part of the resistance (would that be you?) who don’t want to follow the dictates of the powerful, as shown by the Sun’s square to Uranus, the planet of rebellion. Your environment might not be one of extremes, however, and this aspect might simply indicate a need to look at situations from a nontraditional perspective.
Fourth Week (January 20-26)

We might witness considerable discontent at the beginning of the week. Females implore that they want a vision, not a nebulous dream as Venus in Sagittarius squares Neptune in Pisces. Millennials might be taking action against the older generation, whose past actions might be limiting their ability to see a future where they can thrive (Mars in Aries square Saturn in Capricorn). Policymakers might be ranting that limited resources restrict us from being compassionate toward families, as Mercury in Capricorn opposes the North Node in Cancer.

Nonetheless, those advocating for issues important to females can develop a beneficial strategy mid-week when both Venus and Jupiter in Sagittarius conjoin. Creative actions are called for when the Sun quintiles Mars and productive outcomes are underscored when Mars trines benefic Jupiter.
The point in all of this is that nonconformist actions (Mercury in Capricorn square Uranus in Aries) might be necessary to have important problems be heard (Mercury in Capricorn sextile Chiron).

With the Sun and Mercury now in inventive Aquarius, bright ideas might emerge as Mercury quintiles Mars on January 27 and the Sun conjuncts Mercury on January 29. Anything in the creative realm (poetry, film, dance, etc.) can be made tangible and brought to market at this time as Saturn in Capricorn sextiles Neptune in Pisces. Relationship issues can be brought into perspective at the end of the week knowing that a partner’s need for security and the other’s need for freedom might be resolved through mutual adjustments.

MAY YOU ALL ENJOY THE VITALITY AND PRODUCTIVITY OF THIS MONTH!
Posted by ASTROLOGY DIALOGUES at 12:17 PM