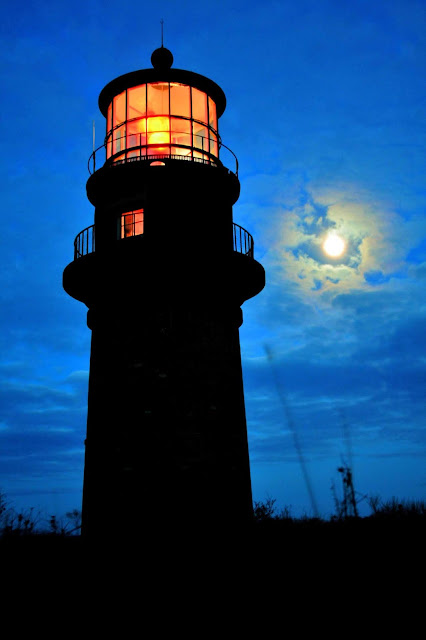 December is a transitionary period when we are checking our flight gear before we are prepared to indicate that all systems are a go for takeoff. During this month, Mercury remains in retrograde motion until December 6 and will not be completely out of its shadow period until December 25. Uranus is the only other planet in retrograde motion, but it will also change direction in early January.

Having two signs in retrograde motion is not particularly significant. What is providing the sense that our propulsion forward is suspended is the fact that we have Mars, the action planet, in the emotional sign of Pisces. In this water sign, Mars experiences energy fluctuations and is more influenced by feelings. As we enter the month, Mars is in an applying conjunction to Neptune. This relationship between the two planets can signal a time when we might be less motivated to work toward our goals, particularly if they are nebulous in nature. After mid-month, these planets have moved beyond the conjunction.

Venus, now in direct motion, moves into intense Scorpio. Meanwhile, Mercury remains in Scorpio for the first eleven days of the month. This could be a period of revelations about money or relationship issues that have been kept under wraps until now.

For most of the month, we have a plethora of Sagittarian energy as the Sun and Jupiter transit this sign. We might experience strong attractions to the interests and activities of this sign: travel, internationalism, learning/teaching, justice issues, publishing, and letting our opinions be heard.

December is the ideal month for creating visions, planning, and socializing. This will prepare us well for the active month of January.

Although the Sun is in high-minded Sagittarius, this first weekend of the month is intense, as retrograde Mercury re-enters Scorpio and Venus in direct motion enters that sign as well. This could be the weekend where couples have that serious talk about their relationship. Rebellious Uranus, the god of sudden change, exactly opposed Venus on November 30 but its energy is still potent as the two bodies separate. This could signal the breaking up (permanent or temporary) of certain relationships.

If relationships are not an issue, the end of the year it is an ideal time to get rid of those items you no longer need and haul them to the Goodwill. Scorpio loves the idea of clearing out and recycling.

Whether or not you are communicating with a partner, you might get the sense that your message is not getting across or that the other person is too quixotic to understand it. This is the influence of Mercury in Scorpio quincunx Uranus. This requires some type of an adjustment in attitude or in actions. You might try some tenderness in your words to heal any rifts. The healing energy of Chiron in Pisces trine the North Node in sensitive Cancer can assist you in this effort.

Whether in your personal life or at work, you might have to sort out your need to appear positive, forward thinking, and concrete with any challenges that are confusing. You could even feel adrift at this time, and perhaps even a bit depressed (Sun in Sagittarius square Neptune in Pisces and Mars in Pisces conjunct Neptune). Physically oriented Mars is not confrontational in Pisces, but still wants to move. Dancing is the perfect antidote. You also benefit when your words speak the truth.

The New Moon in Sagittarius (15°07′) at 11:20 pm PST on December 6 sets the tone for establishing long-term visions and plans for the future. You have the freedom to think big! The following day you might feel an electric-like push to get going on some of your ideas, as Mars and Uranus form a semi-square. This energy might indicate some minor conflict about this matter within you or those around you.

Also on December 6, Mercury stations to return to direct motion. However, Mercury will still be in its shadow period until December 25 when it finally surpasses the degree at which it turned retrograde.

The time is ripe for talking about some deep-seated matters and for healing wounds as Mercury trines Chiron at the start of the week. However, two days later, communication might be hampered in surprising ways when expressive Mercury forms a quincunx with quirky Uranus. This might occur in a situation where everyone is finding it difficult to find the right tone.

Mid-week, Mercury begins its transit of Sagittarius, and communication appears more uplifting and inspirational. The ideas you sprouted at the New Moon last week can now be publicized in speech or in writing.

Although Mercury has left penetrating Scorpio, Venus is now entrenched in that profound sign. When this sign of relating and beauty quintiles Pluto, your creativity can be regenerative and transformational.

At the beginning of this week, you can take your creative masterpiece from last week and bring it to market. The action planet Mars in a sextile with magnetic Pluto and aesthetic Venus in a sextile with concrete Saturn can make this a reality. Also supporting your creative efforts three days later on December 19 is also a quintile between Mars and Saturn. Try to overcome any self-doubts on this day (Sun square Chiron).

At the cusp of the Sun’s journey from whimsical Sagittarius to serious Capricorn on December 21, we experience some easy energy. The Sun trines unorthodox Uranus and Venus trines dreamy Neptune, which can nudge you to think outside the box and you could feel moved by evolutionary poetry, photography, or films. Mercury and Jupiter form an exact conjunction on this day, so jovial company is favored.

On Saturday, December 22  we have a Full Moon in Cancer at 9:48 am PST. At this time, we take stock of what has been accomplished regarding our intentions.

We enter this week with feelings of love and attraction as Venus and the Moon form a trine. The harmonious trine between Mars and the North Node contributes to feelings that we are in tune with our purpose.

Although the Sun has entered concrete Capricorn, its square with Neptune can make us feel anything but practical. The nebulous qualities are more suitable for Christmas Eve festivities like caroling than for balancing one’s checkbook.

Passions can heat up at the end of the week as intense Venus in Scorpio sextiles Pluto in Capricorn. This probably has more to do with serious ardor rather than negative emotions. Nevertheless, we should be aware of any aggressive tendencies that might cause harm at this time when Mars conjuncts Chiron. It’s time to hang out with people you consider reliable.

As we prepare to say goodbye to the end of 2018 and celebrate the New Year, the Sun conjunct Saturn we might prefer subdued celebrations and sober environments.

THE TIME IS RIPE FOR ALL TO PROMOTE THEIR VISION FOR THEMSELVES OR FOR A GROUP --AND DON’T FORGET TO PARTY!!!

Posted by ASTROLOGY DIALOGUES at 8:20 PM