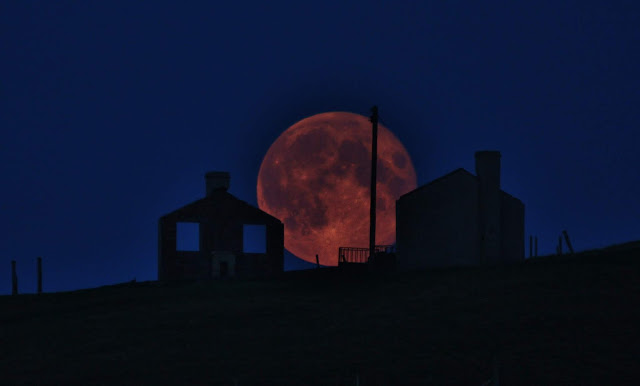 In September, we have completed eclipse season, which stirred up our lives during the months of July (with two eclipses) and August (with one eclipse). Astrologers characterize eclipse seasons as periods of major change for individuals who have this symbolism highlighted in their natal charts. Did you observe any major changes in YOUR life?


Also occurring this month are changes in motion among the planets. Mercury and Mars moved direct in the latter part of August.  However, Mars, the planet of trailblazing and combat will remain in its shadow until October. Mars also moves back into Aquarius on September 10. Meanwhile, the taskmaster planet Saturn returns to direct motion but it won't leave its shadow until December 16. With gradual, but forward motion, there will be growing momentum towards accomplishing what we want to get done.


There is another feature of Mars’ position this year that is noteworthy, and that is that this planet is presently “out of bounds”and will remain so until September 29. Any planet that exceeds the Sun’s declination of 23°26’ (North or South) is considered out of bounds. When planets orbit out of bounds they are more erratic and their nature might be more pronounced. Mars is yang energy, often associated with males. On a societal level, we could say that an out of bounds Mars expresses the last throes of males imposing their dominance over women. On a more personal level, an out of bounds Mars might mean that we go beyond our typical behavior to take some risks, or that we are more combative than usual.

Venus, the planet of beauty and harmony moves out of its "home" of Libra and into the sign of Scorpio on September 9. While Libra can be content with surface appearances (particularly if they are lovely), Scorpio wants to probe matters deeply. What we discover when we dig might not be so pleasing to aesthetic-loving Libra.

Mercury, the planet of the mind and communication, moves into one of its "home" signs on September 5, when it begins its transit of disciplined Virgo. This sign is the earthly manifestation of mercurial energy, which increases our powers for discernment in the intellectual sphere. This would be an appropriate time for librarians to clear out their inventory of useful and not-so-useful shelves of materials. The same process of sifting out the no longer practical items from the vital resources applies to all of us, no matter what environment we are in. This applies equally to the cyber realm of data as well as our physical items.

Be on the watch for any unexpected and dramatic changes that might occur mid-month that might either be of a societal or personal nature. The planet of sudden and revolutionary change plays a major role  when it forms exact aspects on September 12 and September 18. On the earlier date, Uranus opposes harmony-loving Venus (now in revelatory Scorpio) and later when it squares (pressure and tension) confrontational Mars. We could see government crises, perhaps due to more Mueller investigation findings. Or, more abuses of power in other realms might come to light at this time.

For countries in the Northern hemisphere, September has traditionally been a time for the peak harvest. For those involved in the production of food, it is a time of plenty, but this bounty necessitates that we work hard. For the first three weeks of the month, the Sun continues its transit of Virgo, one of the earth signs known for going the extra mile to accomplish a job. By early September, the children have gone back to school and we are back at work from vacation; we are ready to get serious about priorities at our job or in our home environment. The qualities reflected by this sign predominate during this period. Discernment is one of the attributes of Virgo, and this assists us in determining where to focus our energy. What motivates Virgo is not work for the sake of work but rather to bring about some type of improvement.

The Full Moon closest to the fall equinox is known as the Harvest Moon, which was so beautifully captured one year by the photographer in the photo above. This marks the true beginning of the autumn season. At this time, the Sun begins its transit of Libra, the sign concerned with reestablishing equilibrium and viewing the world from a balanced perspective. Like the other air signs, Libra uses the power of the mind to engage in the areas where they shine, which is in mediation, diplomacy, commerce focused on aesthetics, and in writing. These areas of life might become prominent during this transit of Libra.

Around the time of this Full Moon, Saturn, the planet of setting boundaries urges us to use caution in our communication and how we put ourselves out in the world (Saturn square the Sun and Mercury). We might thrive during this season of Libra when we consider others in our lives at work and at home.

September is a good month for finding a balance between the traditional and the revolutionary (Saturn in Capricorn trine Uranus in Taurus). We might need to apply our well-honed powers of discernment (Virgo!) to determine the right mix of old strategies with new approaches.

On Saturday, the first day of the month, it would be advantageous to engage in conversations (Mercury in Leo sextile Venus in Libra) with a tone of diplomacy mixed with exuberance. The energy between lovers might veer toward the passionate (Mars square Venus) but any wrong moves might bring tension and hurt feelings. The Moon in Taurus on Friday and Saturday calls for culinary enjoyment and delving into anything that indulgences the senses. The Gemini Moon on Sunday and Monday will favor lighthearted discussions and short trips.

Mid-week, you might be ready to do some purging of old habits or unnecessary baggage (Pluto quintile Chiron), particularly as it comes to health matters, although this could apply to anything in your environment that is harmful or no longer productive. With the Sun transiting health-conscious and disciplined Virgo, it’s an excellent time to do a digestive cleanse or begin a new diet routine or a fitness program.

Overall, this week should provide us with a sense that things are operating fairly smoothly (the Grand Trine in earth involving Mercury, Saturn, and Uranus, with an exact aspect on September 7th). However, be aware that your frame of mind and communication skills might seem out of sorts on Thursday and Friday (Mercury quincunx Mars and Chiron), but you should experience greater mental agility and focus (Mercury trine Uranus and Saturn) on the weekend.

On Sunday, we experience a New Moon in Virgo. This represents a new cycle of our emotional nature for the next month. It is an opportune time to set intentions for what you want to accomplish until the next New Moon. This will be particularly powerful if it is in alignment with the Virgo spirit. This sign is attuned to improving the self and the lives of others, particularly as it has to do with our daily routines, including decision-making about what should take priority. The Virgo realm includes paying attention to the quality of our diet and how we care for our body to achieve optimum health. Virgo energy also assists us in streamlining systems and bringing order to our environment.

This week energetic Mars boosts our drive to address issues that need healing, whether those are ailments in our physical body or emotional issues. This energy assists us in implementing the intentions we make at the New Moon. (Mars in Aquarius sextile Chiron in Aries).

For the most part, this week features easy flowing energy, which might require that we be conscious of putting some effort into what needs to get done. This could be a week where we demonstrate our talents in public relations or long-term planning (Mercury quintile Jupiter). This week is advantageous for making advances in our personal path that is in sync with what decision-makers deem useful (Sun sextile Jupiter; Sun trine Pluto; Jupiter sextile Pluto; Mercury trine Pluto). We might get the least resistance from others when we pursue what is of value and showing concrete results (Venus in Scorpio opposing Uranus in Taurus; Venus in Scorpio sextiling Saturn in Capricorn).

The astrological symbolism for this week shows the potential for more volatility than last week. Situations not to our liking could provoke some sudden lashing out, whether on our part or expressed by others, or both (Mars in Capricorn square Uranus in Taurus). The fact that we have four planets in practical earth signs should be a restraint against the extreme behavior. If we rely on our tolerant and optimistic communication skills, we can offer insight and provide practical solutions (Mercury in Virgo sextile Jupiter in Scorpio).

During the period from Thursday through Sunday we need to keep things in perspective as we analyze and discuss issues (Sun conjunct Mercury) important to our life path. We might increase our capacity to see hurtful topics from a new perspective (Mercury opposes Chiron). At the same time, we could find ourselves being a little erratic in our viewpoint on matters or incapable of finding exactly the right words to express ourselves.

We begin this last week of September with a Full Moon in Aries. We have reached the high point of this lunar month’s cycle. We can tweak the intentions that we made at the New Moon so that we can work on their fulfillment. Aries is about starting anew with a fresh perspective. This sign wants action!

The fact that our planet of communication and thought is now transiting the diplomatic sign of Libra should help us take the edge off of being too severe with quick judgments (Mercury square Saturn; Mercury trine Mars). We might feel some type of pressure to be clear about building a concrete path ( Sun square Saturn) but we struggle finding our unique niche (Sun quincunx Uranus) and creative ideas seem to elude us at this time (Mercury quincunx Neptune). Nevertheless, if we at least commit ourselves to trying something in the short term, we might discover what is and what is not right for us (Sun trine Mars).

MAY YOU ALL HAVE A HEALTHY AND PRODUCTIVE SEPTEMBER!!
Posted by ASTROLOGY DIALOGUES at 6:47 PM