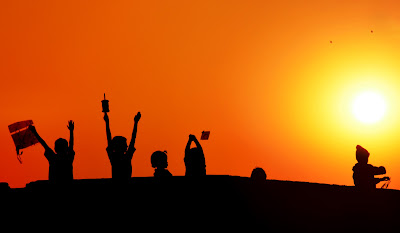 In August, we continue in eclipse season, a period of intense energy associated with change. This is a time when revelations in our personal lives or in society surface. Astrologers have observed that eclipses are associated with profound shifts in our lives. This change might be catalyzed by an awareness of new information or by important people leaving or entering our lives. We come to understand that situations or individuals who were appropriate in earlier phases of our lives no longer are compatible to our new lifestyle. Some individuals will be more profoundly affected than others if the eclipse degrees occur in significant areas of their natal charts.

The eclipses of last month are still affecting us in August. The Partial Solar Eclipse on July 12 involved the Sun and Moon in Cancer, the sign of the mother. That was followed by the Blood Moon Lunar Eclipse on July 27 that occurred was on the south node in Aquarius, a sign noted for its concern for humanity, albeit sometimes demonstrated in a dispassionate way. This eclipse point opposed the North Node and Sun in Leo, the sign of children and joy. One powerful example of the confluence of these energies is exemplified by the parents who have sought asylum in the U.S. at our southern border, to which our government has responded by taking custody of their children. It is likely that this will remain an issue throughout August, because the next eclipse will occur in Leo, the sign associated with children.

We experience a Solar Eclipse on August 11 at 2:57 AM PDT at 18°41′ of Leo. Persons with planets in the fixed signs between 14° and 22° are the most likely to be affected by this eclipse. Aside from children,  Leo’s domain includes anything relating to the heart. That would include romance, the expression of our creative nature, and involvement in endeavors that bring us joy.

The metonic cycle of an eclipse is 19 years, which is the lapse of time before this eclipse will occur on the same degree of the zodiac. The last time we saw a Solar Eclipse at this degree of Leo was in 1999. What were you doing then and what was important to you? How would you compare your values and interests today with those back in 1999?

During August, we continue under the influence of retrograde planets: Mercury, Mars, Saturn, Neptune, and Pluto. On August 7, Uranus joins this backwards crew when it stations to move retrograde. This perception of moving backwards alters our perspective, often creating a need to review what we produce, and sometimes, it is associated with rethinking our life priorities and direction.

Mars, the symbol of our will and ability to take action, is at the closest distance to Earth during the retrograde period. Volatility and unanticipated opportunities characterize the Mars square to Uranus, at its most intense point on August 1, but it will be in effect until October. We might see unexpected sparks fly in our personal lives as well as on the national and international scenes.

In summary, we can conclude that the first half of August is very active. The supercharged Solar Eclipse occurs while the Sun transits vibrant Leo. Also, the close proximity of Mars to Earth during the retrograde phase adds additional heat to our cosmic environment. However, in the second part of the month, we see a movement toward more grounded energy as the Sun begins its transit of Virgo. Mercury’s return to direct motion on August 20 and Mars resumption of forward motion on August 27 will tone down the blazes we experienced earlier.

The Planetary Activities by Week


The month begins with a bang as retrograde Mars forms an exact square to quirky Uranus. Squares represent irritating energy that must be released. The outward expression of Mars energy might be contained during its retrograde phase. Nevertheless, Uranus, which is about to go retrograde, could be tempted to cause a little mischief before taking a break. Whenever Uranus is involved, we should expect the unexpected. Whatever we think will happen might not come to be, and this will lead to surprises.

The Moon in Aries on August 2 and 3 trines retrograde Mercury, perhaps leading to intense emotions that might feel inadequately expressed The square between Saturn and the Moon adds to a sense of bottled up communication. Yet, with Pluto contacting Mercury, there is a desire to go deep within, but words seem inadequate. You might prefer to write in your journal rather than sharing these feelings with others. What gets you through this period is the expansive spiritual and artistic energy flowing easily right now, and this is symbolized by the Jupiter-Neptune trine.


This is a major week astrologically, potentially filled with wild rides. Several planets are talking to each other, in both comfortable and strained dialogues.

The Sun approaches an exact square with Jupiter as this week begins. The Sun in Leo wants to tell all but Jupiter in secretive Scorpio would rather wait for the opportune time to reveal important information. On August 8 and 9 Mercury retrogrades back over the Sun and suggests that we might want to review again what it is that we want to bring out in the open.

Both Saturn and Uranus are in earth signs (Capricorn and Taurus, respectively) and they are now in a harmonious trine. Perhaps Saturn might provide an element of stability to normally eccentric Uranus. The maverick planet is moving slower than usual as it stations early this week and then begins its movement backwards on August 7. Moreover, Uranus is now transiting deliberate Taurus. We still could experience some earthquakes and some dismantling of structures.

Venus sheds her role as assessor when she moves from discriminating Virgo to harmony-loving Libra on August 7. Her trine to Mars indicates she understands his temporary need to go within while he considers some concrete changes, but her quincunx to Uranus shows that she probably doesn’t want to do anything too radical. Warm Venus could feel dejected when she forms a square with Saturn. She might be in a quandry when presented with the options of freedom and her need for a close relationship.

The biggest event this week is the New Moon Solar Eclipse, which occurs on Saturday, August 11 at 2:57 AM PDT. Like any eclipse, the intense energy might make us feel as if we’re temporarily in a suspended state. The Sun and Moon are in a quincunx (unable to get it quite right) relationship with the purging energy of transformative Pluto. Situations at this time might require reconciliation between a heart-centered (Leo) approach and a serious policy of containment (Capricorn) . Mercury conjunct the Sun square Jupiter illustrates a pressure (the square) to shed light on some information (Mercury) important to the legal system or higher education (Jupiter).


Although we remain under the influence of last week’s eclipse, we might be in a mood for a respite from the intensity. We have a duo of trines that assist us in this. Jupiter in contact with Neptune feeds our idealism and inspires us in being of service within our society’s institutions. We can also recommit ourselves to a religion or spiritual discipline. Simultaneously, we can draw upon the ease of energy between maintaining healthy facets of our society and using our genius and innovative approaches to solving problems.

On the 13th, Mars will retrograde back into Capricorn and there could be greater commonality between Uranus, which is in the earth sign of Taurus. We might begin feeling more grounded.


Mercury turns direct on August 19. This planet’s sextile to Venus provides opportunities for loving and diplomatic communication. At the same time, we need to watch for being overly opinionated as the Mercury square to Jupiter remains in effect for the short term.

Late on August 22, the Sun begins its transit of practical Virgo. We now have five planets in earth signs. This helps to counter the feelings of chaos that might have affected us in eclipse season.


By Saturday, we observe an Earth Grand Trine, formed by the Sun in Virgo, Saturn in Capricorn, and Uranus in Taurus. There is a harmony in this practical energy but we need to be aware of not taking it for granted. Grand Trines reflect a self-containment where one relies excessively on the ease of the relationship.


During the last week of the month we have a Full Moon on Sunday at 4:56 AM PDT. This occurs at 3°12′ Pisces opposite the Sun in Virgo. This lunation represents the culmination that began at the New Moon on August 11. This Full Moon falls on the axis of the zodiac that pertains to being of service. Pisces is the sign whose eyes see the world from a holistic perspective. It is capable of seeing unity with every entity in existence. However, the energy of Pisces is prone to addictions and difficulties with establishing boundaries.

Mars stations on August 26 and begins its direct movement by the 28th, signaling that we should see greater success in moving projects forward.

May your August have joyous moments and satisfying achievements!
Posted by ASTROLOGY DIALOGUES at 9:24 AM