ASTROLOGY HIGHLIGHTS FOR MAY 2018 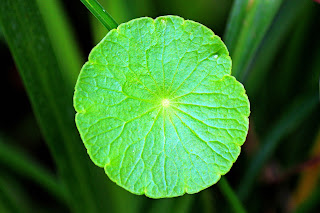 Have you ever seen the classic 1967 movie Camelot? In that musical, there is a song entitled “May, May, the Lusty Month of May.” This song, written by Alan Jay Lerner and Frederick Loewe, kept entering my mind as I wrote this article.

Here are a few lines from the beginning of the song:
Tra la, it's May, the lusty Month of May
That lovely month when everyone goes blissfully astray
Tra la, it's here, that shocking time of year
When tons of wicked little thoughts merrily appear.

The Lusty Month of May lyrics © Warner/Chappell Music, Inc.

At this time of year, we see Mother Nature in full bloom. Vegetables, fruits and flowers are in abundance and they sport bright hues. The grass is as green as it gets. In May, we experience the energy of Taurus, followed by Gemini. Taurus the bull is the lusty creature that inhales life through its senses. The sign that follows, Gemini, is concerned with ideas and talking with others. Mercury, the planetary ruler of Gemini, often is depicted in mythology as a scheming and clever winged figure that can be somewhat fickle. In my view, this song captures the spirit of these two signs.

In May 2018 we see some significant changes. A major planetary transition occurs when the outer planet Uranus moves from Aries into Taurus in the middle of the month. All of the outer planets reflect the energy of change, but they reflect different aspects of change. Uranus is known as the planet of sudden disruption, much like an earthquake. Outwardly, there is no warning that this shocking event is coming. Uranus is the symbol of revolution and revolt. It represents the energy that is ahead of its time, and consequently, it ushers in innovation and trend setting.

It takes Uranus 84 years to move one cycle around the zodiac. Consequently, it transits each house for over seven years when its retrograde cycles are taken into account. Uranus first entered Aries in 2010 and then moved in retrograde motion until 2011, when it began its long-term stay in this sign. The nature of Aries is to act on impulse, which is similar to the abrupt nature of Uranus. Hence, this planet could feel at home in Aries. With its movement into Taurus, we see a natural incompatibility because earth represents stability. However, Uranus in Taurus will be in harmonious relationship with the energy of Saturn and Pluto, which are currently transiting Capricorn, another earth sign.

My view is that the Uranus transition into Taurus will precipitate increased examination of the values of societies and how these values impact the global economy, as well as the health of the earth. After the collapse of the real estate market in 2007 and the economic collapse of 2008, there has been a reassessment of how well the current economic structures are working for the majority of earth’s inhabitants. I think that Uranus in Taurus will force us to make both sudden and steady changes in the structures of our economy and our use of earth’s resources.

The other major change occurring in May is Mars beginning its transit of Aquarius at 10:15 pm PDT on May 15. Aquarius is often described as the most distant and aloof of all the air signs. This is at odds with the nature of Mars, the planet that symbolizes the will to go after what it desires, which can involve a lot of personal passion. In contrast, Aquarius is dispassionate. Because we live in a “hyper Yang” society, I can see benefits to tempering our gung ho nature. Perhaps the dispassion of Aquarius can assist us in thinking about the implications and consequences of our actions, particularly as they pertain to foreign policies and our involvement in conflicts abroad (as well as on the domestic front).

Mercury, the planet of the intellect and communication, exits the shadow of its retrograde on May 4 and will now transit new territory. During its retrograde phase, fast-moving Mercury squared restrictive Saturn three times. This could have created an environment that slowed or stopped the progress of some work projects or personal endeavors. We can now finish our tweaking of projects and get them rolling.

This is a great week to strive for achievement and production, unless our values and our work are incompatible (Venus quincunx Saturn). On the feeling level, we begin May wanting to undertake actions on what is significant for us, as Mars sextiles the Scorpio Moon. Our inner drive is in alignment with our outward expression and need for recognition for our productivity and output, enforced by the harmonious trine between the Sun in steady Taurus and tangible Saturn in industrious Capricorn. Observe the morning hours on Tuesday, May 1, as disruptive Uranus is quincunx the Moon, meaning that we might need to make some adjustment to surprising news or an event that threatens to disrupt our plans. This might be temporary because the Moon moves quickly beyond the influence of Uranus.

Although feisty Mars has moved past Pluto the reformer, these plants are still close enough to influence the environment. Power plays may still be pronounced in various settings, although they might have already reached a crescendo. Be aware of any fallouts from recent struggles.

Mid-week, the Sagittarius Moon lightens us up a bit, and we might need a few more breaks to think about how our aspirations are achievable. By Friday, the Moon’s movement into Capricorn leads us to review how our endeavors are manifesting into concrete outcomes. Saturday might be devoted to taking care of personal business.

Sunday would be an ideal day to enjoy the company of like-minded folk as the Sun enters Aquarius, just in time for a leisurely breakfast. The Sun’s sextile to Neptune shines a light on our idealism and our appreciation of the arts.

The workweek might bring situations with a definite edge, as Mercury and Pluto form a tense square. There might be sharp differences of opinion. Venus square Neptune augurs that we might need more tangible rewards than simply a veil of possibilities.

Whatever is excessive in our life might be more easily identifiable as the Sun and Jupiter form an opposition, which signals awareness. Simultaneously, Jupiter and Venus form a quincunx, indicating that adjustments might be in order for that which is not worth striving for, or for which we have given excessive attention.

At the end of the week, on March 12, Mercury’s square to Mars might reflect argumentative situations. Balance seeking Venus feels out of sorts at this time as she forms a quincunx (incompatibility) to power swinging Pluto, therefore requiring an adjustment to the dynamics of this situation.

On May 13, the energy of the mind (Mercury) meeting (conjunction) the energy of disruption and ingenuity (Uranus) can either sidetrack a project or it can precipitate a brilliant solution to a dispute, such as one that was sparked the previous week. At the beginning of the workweek, on May 14, there is an impetus to showcase our abundant talents, as Mars and Jupiter form a quintile. Make yourself known at this time.

Tuesday, May 15 is a big day astrologically. First, we experience a New Moon at 24° of Taurus at 4:48 am PDT and two hours later, we see Uranus enter Taurus. The shift into earthy Taurus is a momentus change for quirky Uranus. In whatever sector in our natal charts the sign Taurus inhabits, we can expect the unexpected in this realm of our lives. This is where ingenious thinking could be of some benefit in addressing issues that arise. Finally, Mars enters Aquarius at 10:48 pm PDT. Mars is a fire sign whose inherent nature is to act on impulse. Its movement into Aquarius signals that this sign might force us to think before we act upon something.

The following day, May 16, brings a rather volatile dynamic when Mars squares Uranus, which could bring unexpected events or hostilities and situations of revolt. Of course, this energy does not necessarily mean that it will manifest in that way. Instead, we might see situations where we are moved to approach matters with unorthodox ideas and actions. Two days later, when Mercury and Saturn form a harmonious trine, solid and long-lasting ideas might emerge to address problems.

We end the week on May 19 with an emphasis on the creative realm. Venus sextiles Uranus, suggesting that opportunities exist for forward-thinking diplomacy or in the realm of aesthetics. Meanwhile, the Sun shines its light on Neptune in a quintile formation, which encourages imagination in the artistic realm.

On Sunday, May 20, we might be drawn to issues in our lives that require some level of healing. Because Venus and Chiron form a square, we might feel some tension concerning the relationship between a topic that has caused us pain and the resources involved in addressing it. However, the sextile between Mars and Chiron suggests that there is an opportunity to resolve something about this matter, although the Mars and Venus quincunx suggests an adjustment to our approach.

On the evening of May 20, the Sun begins its transit of Gemini, signaling a shift into more external activity. It’s a time to prime yourself for more professional networking or just simply more casual socializing.

The week continues with a greater lightness. On May 23, the Sun trines Mars, revving us up for whatever activity that will bring opportunities to shine. Two days later, the planets of plans and imagination, Jupiter and Neptune, form a compatible trine in emotive water signs. Simultaneously, we can devise some powerful and impactful ideas when Mercury trines Pluto in practical earth signs. At the same time, Saturn, the planet of authority and restraint is cautioning Venus, the planet of attraction and aesthetics, to observe how she might be engaging in activities with no benefit.
The Fifth Week (May 27-May 31)

During the last three days we see a fostering of our talents when communicative Mercury quintiles imaginative Neptune and Venus quintiles Uranus. This would be an ideal time for creative writing and for undertaking forward thinking design projects. When the Sun quincunxes Saturn, we might need to satisfy some requirements of authority figures, but the time is ripe for pursuing your talents.

May you all enjoy this beautiful month!
Posted by ASTROLOGY DIALOGUES at 1:25 PM