THE COSMOS CLIMATE OF MAY 2017 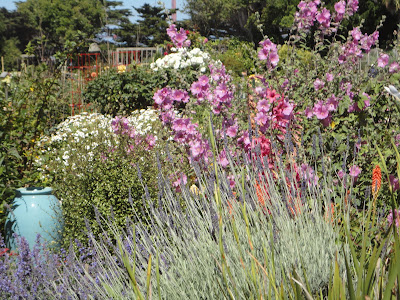 Photo taken by Chris Gonzalez in San Francisco in May 2013


We enter May 2017 still in the New Moon phase, which began six days before in the sign of Taurus. At each New Moon, we refocus the expression of our feeling nature in the realm of life where the New Moon falls in our particular chart. After a month influenced by the initiatory energy of Aries, the New Moon in Taurus yearns for emotional stability and pleasure. Although the Moon is by nature “inconstant” because it changes signs every couple of days, we can expect a Taurus New Moon to favor an even keel nature over the next lunar month, and especially before the 21st of May when the Sun is still transiting Taurus. However, on May 10, we experience the energy of culmination and release at the Full Moon in Scorpio. This sign’s energy brings intensity to our feeling nature. Like Taurus, Scorpio is a fixed sign and it can support our efforts to commit and to focus, but we should be aware of the unproductive patterns of emotional obsession at this time.

In May, the shift of the nodal axis of the Moon from Virgo (North Node)-Pisces (South Node) to Leo (North Node)-Aquarius (South Node) becomes fully established. The Virgo-Pisces axis reflects the theme of service and it shows the need to integrate the concepts of holism with separateness. On the other hand, the theme of Leo-Aquarius represents freedom of expression and the need to integrate the interests of the self with the interests of the group. This energy will influence us for a year and a half and it favors embarking upon new creative projects that fulfill our personal needs.

Astrologers might argue that the Moon’s Nodes pertain more to our personal relationships. Yet, I can see how this theme might apply to the mundane level as well. Leo has long represented royalty and being special. From my perspective, the battle between the interests of the elite few versus the interests of the many are being played out at the greater societal level. Many powerful elected officials are supporting the elite with respect to environmental issues. These elite companies and individuals seek huge profits from controversial projects despite the fact that their undertakings are destroying the environment on a monumental scale. Can collective humanity counter this undue influence by devising creative sustainable environmental projects that focus on individual consumption, thereby using the energy of the North Node in Leo? This is not to suggest that mass movements aren’t effective or needed, but that we can balance them with more personally oriented strategies.

The Sun in Taurus might add some practicality to our personal goals for most of the month. When it meets up in a trine aspect to the heavy-hitting planet of Pluto on May 9, we could purge some outmoded aspects of our identity with relative ease. This may not be the case midmonth (May 16) when the Sun encounters Saturn, forming an inconjunct, which signals that some adjustments are in order. When the Sun enters Gemini on May 21, we might notice that we are driven by quickness in purpose.

Mercury, the planet representing the mind and communication, has been in retrograde motion since April 19 and will be turning direct on May 3. It will form another exact conjunction with the wildcard planet Uranus on May 8th, its third conjunction since March. This aspect intensifies the potential for us to think spontaneously and to verbalize our maverick thoughts. Of course, this energy can work both positively and negatively for us, depending upon the context. For individuals in the creative fields of writing or art, this may be a godsend. However, we may not welcome quirky judgments on the part of individuals who hold the nuclear codes. Although Mercury is most comfortable with faster moving energy, its movement into Taurus can be a welcome grounding after the shocks of its conjunction with Uranus. At the end of the month, Mercury forms a trine with Pluto, the planet of the underworld and evolution. At this time, the thought and speech processes are working in harmony with the energies of the taboo and unknown, so this bodes well for undergoing therapeutic modalities, conducting research, and undertaking serious investigative reporting, not to mention tackling that mystery-writing project.

Venus, the planet of aesthetics, love, and values has now moved out of aspect to Saturn. The beginning of May finds Venus at 1° Aries, so we may be experiencing a fresh new energy in her realm. When she is placed in an opposition to her pal Jupiter on May 19th, we might become aware of our overindulgences. However, on May 25, we are likely to experience a sensory edge when Venus squares intense Pluto, which may result in power issues and the unsavory emotions involving lack of trust.

Mars, which symbolizes our drive to pursue goals, remains in Gemini throughout May and is quite active. During the month we might be faced with two choices in situations that require action. Around May 12, we get support for promoting our opinions and beliefs as Mars trines Jupiter on May 12. A week later, on May 19, we might encounter situations that demand adjustments in perspective when this planet forms an inconjunct to Pluto. At the end of the month, when Mars meets up with law-enforcer Saturn, those in charge might apply the brakes to our ideas or actions. Simultaneously, we can get some bright ideas when Mars and genius Uranus form an easy sextile relationship.

We reexamine our capacity for imagination and revise our belief systems when retrograde Jupiter comes into contact with Neptune on May 17. However, this inconjunct aspect indicates that we need to adjust our perspectives in Jupiter’s realm. This might require curbing our lofty aspirations or creative thoughts as we place greater emphasis on authenticity.

Saturn, the planet of boundaries and adherence to authority, forms a harmonious aspect (trine) to revolutionary Uranus on May 18. These planets typically have a difficult time together because Saturn likes to preserve tradition, whereas Uranus favors progressive movement when the old ways no longer work. We could achieve the best of both worlds with this alignment.
Posted by ASTROLOGY DIALOGUES at 9:55 AM