THE SEPTEMBER 1 ECLIPSE SIGNALS A POWERFUL TIME FOR DECISION MAKING 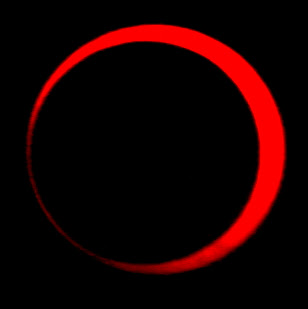 Photo by Tino Kreutzer - Own work, CC BY 3.0, https://commons.wikimedia.org/w/index.php?curid=8988428
At 2:03 am PDT on September 1, we experienced an annular solar eclipse when the Moon crossed the planes of the earth and the sun at its North Node. In astrology, the North Node represents the direction we are heading towards on our life path. Consequently, wherever 9° of Virgo is in your chart will reflect an area of your life that will be activated as it pertains to decision making about your future. If this degree is in aspect to a planet or your nodes, then it will send a more powerful signal about the direction of your life journey. This is especially the case when the “let’s get serious” planet, Saturn, is squaring the conjunction of the Sun, Moon, and the North Node (and forming a T-square with the South Node conjunct Neptune and these aforementioned planets and point). Squares represent tensions that prompt us to make decisions around issues. On September 10, we will experience the third and final pass of Saturn square Neptune, thus completing a period that may have brought confusion about our life direction.

Although an eclipse on the North Node signals for us to heed our future direction, it also reminds us of issues we experienced at a previous eclipse period that involved the current zodiac degree. The last time a solar eclipse occurred at 9 degrees of Virgo was on September 1, 1997. If you were alive at that time or old enough to recall your life, what were the issues you were addressing? You may be able to identify recurring themes.

Mercury at 28° Virgo is now in retrograde motion until September 21. This planet is revisiting its transit of Virgo territory until it turns around at 14° of this sign. Because Mercury rules Virgo, this retrograde period is particularly beneficial, since it reflects a compatibility of purpose. This is a great time to reexamine our projects or rethink our goals. Virgo is an earth sign and it favors doing, not just thinking. However, Virgo uses its mental powers of discernment in getting things accomplished. You can take advantage of this energy by reorganizing your closets or paperwork, editing your writing, and undertaking any cleaning or cleansing projects. The conjunction of  Mercury and Jupiter on September 2 reminds us to understand our broader vision (Jupiter) while focusing on the details. On a more spiritual level, the conscious Virgo strives for impeccable ethics and finds ways to be of service to humankind and Gaia.

Leading up to the next eclipse on September 16, the square between the Sun conjunct Mercury and Mars reflects a three-day period when pronounced disagreements may be expressed through intense arguments. Meanwhile, attend to your Virgoan projects and you should feel rewards from your accomplishments. However, now that Venus has entered Libra, this planet of balance and relating will be asking you to take breaks from your projects to enjoy the company of others and to indulge in aesthetic pleasures.


Posted by ASTROLOGY DIALOGUES at 12:02 PM