THE SPRING (+ SUMMER?) CHILL: TIME TO EDIT OUR LIFE 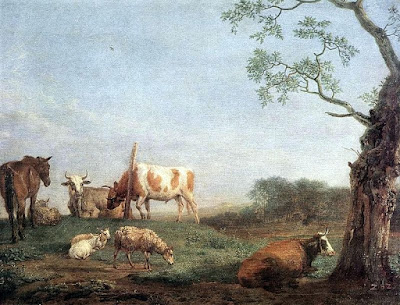 The language of astrology describes the phenomenon of cycles within cycles. This means that we have times when diverse energies operating simultaneously seem at odds with one another. As we know, this is the ongoing dynamic of life. A few weeks ago, we saw the transition of the seasons from winter to spring at the equinox. More recently, we observed the new moon cycle begin in Aries, the sign that emerges at the vernal equinox and that symbolizes initiations. Now, we will begin a slowdown. This is the result of several symbolic actions of the cosmos.

On April 19th, the Sun begins its transit of the sign of Taurus, the fixed sign that favors the energy of stability and permanence. Moreover, we have entered a period of retrogradation (i.e. the apparent backwards motion of planets) where Saturn, Mars, Pluto, and Mercury will all be in retrograde motion. When planets are retrograde, they cease to move into new territory, and symbolically, they retrace their orbit, thereby highlighting areas in our lives where we may have to do some reevaluation and some editing.

Saturn began its retrograde motion on March 25, 2016 and will go direct once again on August 13. Saturn represents the energy we manifest to serve a meaningful role in our society, and this usually means within a career or vocation. This planet emphasizes limits, which serve the valuable function of providing focus and discipline that assist us in reaching our goals. So, during this retrograde period we may need to reassess our goals and what we define as our benchmarks of success.

Mars is the closest planet outside of the orbit of planet Earth. We experience Mars retrograde every two years. In 2016, Mars will be retrograde from April 17 through June 28. As the planet representing action and the fulfillment of desires, retrograde Mars often causes frustration because we feel stagnant. This retrograde period can be used constructively to assess previous actions and redo our work, if that is required of us.

Pluto, the farthest planet from the Sun, is retrograde for five months, starting April 18 through September 25. Pluto is about the transformational process of decay and rebirth. Pluto is also about power and those in power. Because this planet concerns itself with the intense aspects of life, it can bring obsessions. As we commit ourselves to a transformational process, we rid ourselves of the unhealthy aspects of our intense feelings and instead we regain balance by developing perspective.

Mercury, the planet closest to the Sun, and thereby the fastest moving planet, retrogrades from April 28 until May 21. This planet serves the mental function of human processes, thereby governing both written and spoken communication. Although we often associate this period with misunderstandings and technological glitches, it is often more about the process of reexamination. During this time, we may need to suspend what we normally think about a particular subject and instead readjust our perspective.

My reason for pointing out that energies may be at odds is that we are simultaneously dealing with the vibrancy of the spring and summer seasons while at the same time incorporating the themes of decay and letting go. Mars, the initiator, has been in the futuristic sign of Sagittarius, but it will be backing up to the 23rd degree of Scorpio. In older systems of astrology, Mars served as the ruler of Scorpio. In modern astrology, Pluto governs Scorpio, although some astrologers use both planets as co-rulers of this sign. Consequently, this retrograde seems to be calling our attention to those elements of our life that need to be discarded in order for us to move forward in the best possible way.

This theme of ridding ourselves of dead material is also in focus at the Full Moon in Scorpio on April 21. This phase of the moon represents the culmination of an activity or a process. Scorpio not only pertains to that which needs discarding, but to those aspects of life that require excavation and visibility for the sake of the individual’s health or the well-being of the collective. At this time, we may hear more exposes, such as those revealed by the Panama Papers.

Spring and summer will require that we understand what is being triggered in the invisible realm. This is a perfect time to cultivate patience and value the time to reexamine our lives.

Posted by ASTROLOGY DIALOGUES at 9:22 PM