THE NEPTUNE-SATURN SQUARE: THE IMPERCEPTIBLE AND THE CONTAINED 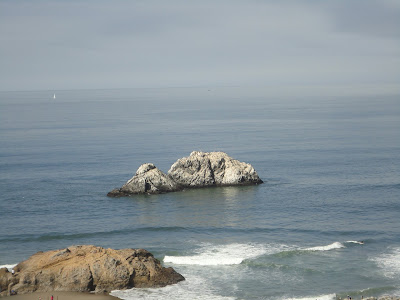 Astrologers observe that cosmic patterns are reflective of issues that the human collective is addressing during the times when these planetary relationships are most pronounced. Currently, we are observing Neptune and Saturn forming a square relationship (within an orb of significance).

The square represents a relationship of tension because it involves incompatible elements, and this pressure is such that it drives us to action in a process of reconciliation. Neptune is presently transiting its natural sign of Pisces, while Saturn is in Sagittarius. This is a coming together of the water and fire elements, which are not naturally compatible. Water is associated with the feeling and receptive mode and it has the desire to merge. On the other hand, the fire element is active and it seeks to discover and form a separate identity.

Saturn is associated with setting boundaries and the need for control. Because we live in a concrete world on this earthly plane, creating definitions is not foreign to us, although our expansive side may not always be pleased with this function. We often want more, more, but the reality is we often have to do with less, sometimes for our own well-being. Saturn is also about fear, and we often see humans react to a scary situation by attempting to contain it. When we truly understand the nature of what we fear, it may be a wise move to bring this situation under control. On the other hand, when we do not have much information about that which generates fear, we can often react in an unreasonable manner.

Neptune might be more difficult to explain because this planetary energy is about the imperceptible. This planet symbolizes the imagination, the dream function, and substances that defy boundaries. Neptune has the capability of transcending our earthly reality, and this is why it is often associated with the psychic functions. Those who engage in spiritual work find it easy to tap into this function.

In the present, where do we see issues reflecting these energies? One prime example is the methane gas leak that began in October 2015 in the upscale Southern California community of Porter Ranch. No one can see this gas because it is invisible to the naked eye, and it is only when we apply infrared filters to a camera can we make the emissions of this rising gas visible. The effects of this gas leak are more than real to the local residents, many of whom have been evacuated because it has caused physical health symptoms. This leak is causing an environmental disaster, so much so that it has enlisted the involvement of the renowned public interest advocate Erin Brockovitch. According to the utility responsible, the Southern California Gas Company, there is currently no mechanism to contain this leak. To many of us, this sounds unbelievable that a utility has no technology in place to control this leak. In fact, it sounds like the utility and its engineers failed at establishing responsible containment protocols. So, we have here a situation where we have a gaseous substance (Neptune) defying  boundaries (Saturn) on the earthly plane.

An entirely different example involves the rise of populations (e.g. Syrians, Central Americans) fleeing their homelands because of safety (Saturn) concerns, while some of the populations of countries to which they are fleeing (or at least passing through) are reacting in fear (Saturn) to these foreigners. Nonetheless, humanitarian concerns (Pisces) have made some national borders more porous (Neptune). From my perspective, had many of the nations of the Western powers adhered to a more responsible (Saturn) foreign policy involving no military intervention and no financial exploitation in the Middle East and Latin America during the 20th and early 21st centuries, we might not be contending with these issues today. Unfortunately, in 2016 we have presidential candidates, like Donald Trump, who are encouraging fear (Saturn) for purposes of maintaining the current economic and power structure (Pluto in Capricorn).This is a good time for us to become more educated on international history and issues (Sagittarius) in order to facilitate the development of healthier foreign policies.
Posted by ASTROLOGY DIALOGUES at 11:24 AM