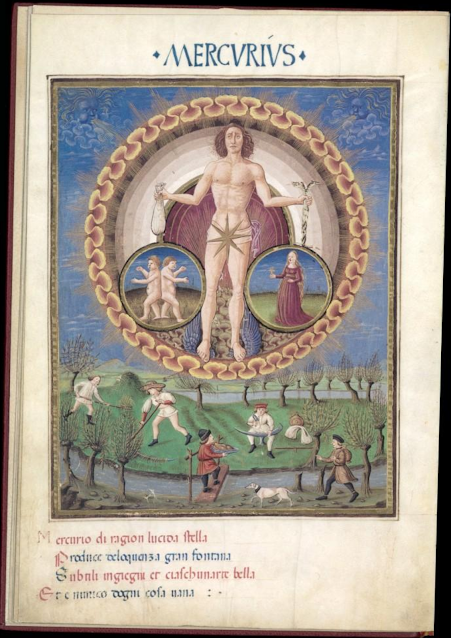 The Big Picture in September

This month features an emphasis on the retrograde motion of planets, signaling that there is much unfinished business. Jupiter, Saturn, Uranus, Neptune and Pluto will all be moving backwards in September, prompting us to rethink or redo our positions or our work. The aforementioned social and outer planets move more slowly, and they impact our lives for longer periods.

The inner planets of Venus and Mars continue this month in direct motion. However, the fastest-moving inner planet Mercury, which rules communication and the mind, will move into its pre-retrograde shadow on September 6 and will begin retrograde motion on September 26. Before Mercury stations, it will move from 9 degrees of Libra to 25 degrees. By September 30, its backward motion will have reached 24 degrees of Libra. Mercury will turn direct on October 18.

Keep in mind that retrograde periods affect us differently, depending on the symbolism of the sign and where Mercury retrograde occurs in our particular natal chart. This is especially true if we have planets in the degrees of Libra involved in this Mercury retrograde. Therefore, we might see alterations in thought or action in areas that are in Libra’s domain, such as diplomacy, mediation, relationships, and aesthetics. This pertains to us personally, as well as in the social milieu. Perhaps issues around social media will emerge, either on a global scale or for us personally. This could be an opportune time to rewrite passages of our novel or other written (or spoken) works. We might feel particular satisfaction in redecorating our surroundings to be in alignment with our current self.

Mars in Virgo teams up with Pluto in Capricorn in a trine aspect from September 1 through September 15.  Generally speaking, Mars is the planet of action in astrology. In mythology, Mars is the God of War. While Mars does not necessarily symbolize confrontation, its placement in a chart does suggest that we can anticipate high energy output at a particular time. On the other hand, Pluto represents raw power, death, and transformation. Consequently, Mars and Pluto in tandem indicate a time when there is an assertion of power intended to bring change. It has the potential to be a ruthless energy. In the most volatile of situations, those involved could be “fighting to the death” to survive in some activity or situation. Of course, this energy can be used in a productive manner, but the free-flowing nature of this energy can also be directed in lethal ways. Moreover, this combination of energy can signify rage, often buried.

We see Mars in another guise when it forms an opposition to Neptune, the planet of dreams, illusions, idealism, and spirituality. When we are in Neptune’s realm, things may not be as they appear. Consequently, we can be deceived by our perceptions or how others present themselves. On the opposite side of Neptune, we have a very earthy Mars in Virgo, which wants to operate in a reality of concrete facts and goals. One example of this dynamic is a situation where idealists don’t want to compromise with their vision, while the opposition claims this is the best we can do given the circumstances. Or, perhaps we are in a situation where one party is ready to act fast on an idea and the other party has visions but is not ready to act. This aspect is exact on September 2 and is in effect through September 12.

Later in the month, from September 22 through September 30, we see Mars in Libra placed in another potent position. Mars is within 5 degrees of the Sun during this period. This could be a time where we assert ourselves to protect our identity and our reputation. We might also face situations where we need to advocate for our life goals.

The key lunations this month represent the Virgo-Pisces polarity. We have a New Moon at 14 Virgo 38 on September 6 at 5:52 pm PDT. This placement for the Moon suggests the desire for a practical and perhaps dutiful approach to our feelings. (The Sabian symbol for 14-15 speaks of family trees on parchment and a lace handkerchief from ancestors). Besides being a great time to engage in genealogy, this period might assist us in retaining what is of value and discarding that which has outlived its purpose. Furthermore, the aspects at this New Moon present some challenges.  Relationship-loving Venus squares powerful Pluto, an aspect that could reflect some uncomfortable power plays with others.  Simultaneously, the benefic planet Jupiter is in a trine with Venus, perhaps easing up some of the tensions with Pluto. The harsher energies could be eased also by the asteroid Pallas, which is in a conjunction with peaceful Neptune. Pallas possesses talents in strategy development and diplomacy.

The Full Moon at 28 Pisces 14 occurs on September 20 at 4:54 pm PDT. At this time, we find Neptune (the ruler of Pisces) in a conjunction with the Moon, indicating that our emotional nature could be dreamy and idealistic. Pallas remains in a conjunction with Neptune, although with a wider orb than at the New Moon. This time might best be utilized for spiritual work, artistic activities, and for peace advocacy. Your entertainment (or work) might involve activities or reading involving fantasy and the paranormal .(The Sabian Symbol for 28-29 Pisces involves light reflecting many colors as it  travels through a prism). Yet, there could be instability in our relationships when Venus forms an opposition to quirky Uranus, and is in a tense square with Saturn. Simultaneously, Venus trines confrontative Mars, reflecting a flow of energy between the two planets. . Meanwhile, verbal interactions could prove difficult with Mercury square Pluto, but Jupiter might bring some upbeat interchange with its trine to Mercury. Hopefully, the energy of the Moon, Neptune, and Pallas can help us work through these relationship challenges

Posted by ASTROLOGY DIALOGUES at 2:18 PM