ASTROLOGICAL HIGHLIGHTS OF MAY 2021 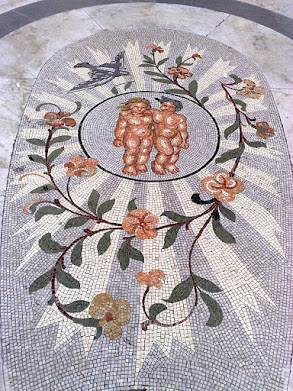 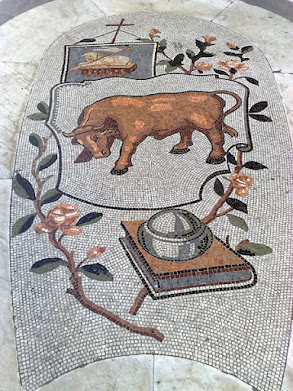 Pavement Mosaics of Taurus and Gemini at the Umberto Gallery in Naples, Italy

The Big Picture in May

The cosmic events in May 2021 suggest that this will be a month of significant changes and revelations. First, we have entered “eclipse season” with an early morning Total Lunar eclipse on May 26 at 5 degrees Sagittarius. In addition to Pluto turning retrograde last month, two more planets, Saturn and Mercury, will be moving retrograde in May. Besides the usual sign changes of the fast-moving inner planets, we will also observe the planet Jupiter moving from airy Aquarius to watery Pisces on May 13.

In astrology, eclipses are known to be associated with revelations. In other words, what has been unknown will now be revealed sometime during this period. This new information might propel us to make a change in our life. Because we will experience a lunar eclipse in May, it is important to point out that this cosmic phenomenon corresponds to endings, thus providing the climate for intense emotionality. The impact of the lunar eclipse especially affects individuals or other entities that have planets around 5 degrees Sagittarius, or 5 degrees of the other mutable signs, Gemini and Virgo. Some astrologers believe this applies also to any planetary body around 5 degrees of any sign. I look also to see in what house 5 degrees of Sagittarius falls in the chart of individuals or nations.

For the United States, astrologers often use the Sibley Chart for analyzing the association of astrological events with national issues and activities. At the time of the May 13 lunar eclipse, the moon will be transiting the 12th house of the United States natal chart. Among other associations, the twelfth house represents behind the scenes activities, clandestine affairs, and secrets. It can also refer to endings and self-undoing. Astrologers often refer to the twelfth house as the closet or wastebasket of the chart because it stores experiences that we wish to hide, discard or not acknowledge.

Will there be information revealed concerning the United States that heretofore has not been exposed? If so, will the revelations have a significant impact on its leaders (former or present) or its institutions? Interestingly, two prominent individuals with May birthdays have been recently in the news: Matt Gaetz, a sun sign Taurus and Rudy Giuliani, a sun sign Gemini.

Matt Gaetz, an elected Republican Representative from Florida, has been under investigation for possible sex trafficking. According to the Biographical Directory of the United States Congress, he was born on May 7, 1982 in Hollywood, Florida. (No time is given, so I constructed the chart using Koch houses with a 12:00 PM birth time). At the time of the May 26 eclipse, the transiting Moon at 5° Sagittarius is opposing his natal Mercury at 7° Gemini and the transiting Sun at 5° Gemini is in conjunction with this natal Mercury. Moreover, the Congressman’s natal Uranus is less than 2° from the eclipse degrees! Will this eclipse trigger more information about Gaetz or will he be the one talking?

Rudy Giuliani, the former New York City mayor and legal counsel to Donald Trump, was the target of an unexpected FBI raid that seized some of his documents. According to Astro-Databank, he was born on May 28, 1944 at 2:30 PM. Giuliani has a natal Sun at 7° Gemini 16ʹ conjunct Uranus at 8° Gemini 49ʹ in the 9th house. On the morning of this coming eclipse, the transiting Sun is at 5° Gemini 25.ʹ Consequently, the 9th House in Giuliani’s chart is being activated by this eclipse, with the transiting Moon in his natal 3rd House. Broadly speaking, the third house (ruled by Mercury and its corresponding sign of Gemini) is associated with communication and his local environment, while the ninth house is often attributed to legal matters and foreign affairs. It has been reported that Giuliani is being investigated for possible unlawful activities in the Ukraine.

While the investigations of Gaetz and Giuliani appear to have no linkages, I think it is quite interesting that Mercury (ruler of Gemini) and Uranus (the “awakener” and catalyst of shocking or surprising events) are featured prominently in the May Lunar Eclipse charts (set for Florida and New York, respectively) for both of these men.

Another significant event in May is the beginning of the Saturn retrograde period, which begins on May 23 at 13° Aquarius 30ʹ. This planet of structures and limits retraces the territory back to 6° Aquarius 52.ʹ The last time Saturn was at that degree was February 2021, the month where we experienced the first exact square between Saturn and Uranus. By the last day of May, these two planets will be separated by only 1°. Saturn will resume direct motion on October 11.

Mercury, the planet of the mind and communication, moves into Gemini, a sign that it rules, on May 3. This planet turns retrograde late in the month, on May 30 at 24° Gemini 40ʹ. Mercury will turn direct on June 22 and will remain in Gemini until July 11. As you know, Mercury retrograde periods are associated with miscommunication, equipment breakdowns and related snafus. During retrogrades, we often need to rethink and redo our projects, often twice. Because Mercury is in its natural element of air, activities might move quickly once we get it right. As a natural prankster, Mercury in Gemini might be particularly impish during this time.

Mars, the planet of action, remains “out of bounds”until May 24. Essentially, an out of bounds planet doesn’t necessarily follow the rules and therefore could be unpredictable in its actions. During this period, Mars continues to transit the sign of Cancer, the watery emotional sign ruled by the Moon. Consequently, the out of bounds status of the planet might trigger unexpected emotions.

Other sign changes this month include Venus transition into Gemini on May 8. That same day the asteroid Ceres (earth protector, ruler of agriculture, child nurturer) moves into earthy Taurus. Finally, the Sun enters Gemini on May 20.

Creativity might be optimum on these days featuring six quintiles:

May 6: Mercury quintiles Neptune: Creative writing, filmmaking, or art might great ways to channel this energy.

May 12: Venus quintile Neptune: Redesign or decorate a home or office. Form ideal relationships with females. Invest in art that moves you.

May 24: Mercury quintile Chiron: Great day to mentor another. Learn or teach about healing modalities.

May 25: Sun quintile Neptune: How can you utilize idealism or the arts to fulfill your personal goals or assist you on your life’s path?

May 28: Venus quintile Chiron: Invest in your healing. Aesthetics can help you heal yourself or others. Develop a mentoring relationship.

Significant Days in May

Posted by ASTROLOGY DIALOGUES at 1:23 PM