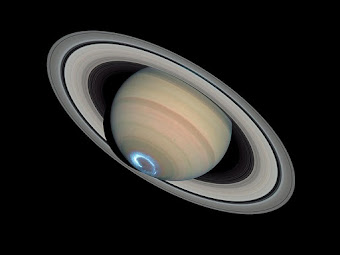 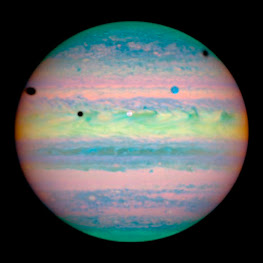 Photos of Saturn and Jupiter by NASA Hubble, CC BY 2.0 via Wikimedia Commons

The Big Picture in December

If I were to select a theme song for this month, it would be Bob Dylan’s song The Times They Are a-Changin’. The astrological events in December are filled with the symbolism of shifts in energy. Yet, I recall the words of then-candidate Joe Biden in 2019 as he competed with many others for the Democratic Party nomination for President.  Biden said, and I paraphrase, “nothing will fundamentally change” under his presidency.  When he uttered those words, we had not yet experienced the COVID-19 pandemic and its economic fallout. With cash-strapped states, millions of people out of work and without incomes, and others infected with COVID-19, it would seem that there are sufficient pressures for change.

It will be interesting to watch the energy dynamics in favor of major change and those forces opposing significant change. Early in January 2021, we will have a new Congress in the U.S., and three weeks later, we will inaugurate a new President. During that period of time, Uranus, the maverick genius that disrupts the status quo, will be in a square aspect to both Jupiter and Saturn. I posit that this planet of revolutionary change symbolizes the pressure for an expansion of benefits (Jupiter) and for structures (Saturn) to respond to the present situation. Yet, as we move on in time, Jupiter moves away from the square. Saturn will remain in a square relationship until mid-August. This might suggest that there will be significant forces that apply the brakes on nontraditional interventions. We shall see what unfolds.

The major event in December is what astronomers call the “great conjunction” between the large planets, Jupiter and Saturn. Every 20 years these two planetary bodies meet up to begin a new cycle. While these planets have separate orbits around the Sun, from our perspective on earth, they appear to conjoin in our sky’s dome every two decades. Jupiter completes its orbit of the Sun in approximately 12 years, while Saturn’s journey around the Sun is completed in about 29 years.

On the day of this year’s winter solstice, December 21, Jupiter and Saturn will appear to be only 0.1 degrees apart from one another at 10:20 AM PST. This is the closest these planets have conjoined since 1623![1]

Within five days before the great conjunction, Saturn and then Jupiter will have moved into the sign of Aquarius. Saturn enters Aquarius at 9:03 PM on December 16 and Jupiter begins its transit in Aquarius at 5:07 AM on December 19. Moreover, these two planets are not the only celestial bodies shifting into Aquarius. The asteroid Pallas, with an orbit of 4.62 years, begins her transit of Aquarius on December 7. Named after the goddess Pallas Athena, this asteroid symbolizes wisdom and knowledge, with a particular forte in strategic thinking. We can certainly use that gift in the upcoming years of her transit, which will coincide with the first term of the Biden-Harris Administration.

In astrology, Jupiter and Saturn are referred to as the social planets. Jupiter represents expansive forces while Saturn symbolizes setting boundaries so there is containment. From a personal perspective, these planets ask us how we as individuals will manage growth and responsibility in our lives. At the societal level, Jupiter oversees the spheres of law, religion, and higher education. Alternatively, Saturn oversees institutional structures in government and business. Therefore, aspects between Jupiter and Saturn reflect how the energies of expansion and contraction are working together.

With Jupiter and Saturn both transiting Aquarius, what can we expect? Aquarius is concerned with the freedom of the individual but also has a concern for the well-being of the group. Because Covid-19 has upended our economy and the health of our citizens, there will most likely be a collective concern to address social problems on a massive scale. Moreover, the detachment and objectivity often attributed to Aquarius might support greater respect for the sciences and their role in our society. Additionally, issues involving civil liberties might be elevated to greater visibility. Because Aquarius is ruled by Uranus, which is affiliated with electricity, we will most likely see new power technologies and their dissemination on a broader scale.

As is true of the qualities of any zodiacal sign, we can see them applied in unhealthy ways as well as beneficially. Our embrace of Aquarian technology has its challenges.  For example, AI, or artificial intelligence has become widely adopted. It has already caused workforce displacement, and what can we expect in the future? Additionally, businesses use algorithms in marketing and financing decisions that many claim discriminate against certain groups in our society. How will our society put a check on science that harms individuals and groups?

During December 2020, we are still in eclipse season. There was a lunar eclipse on the last day of November, and there will be a solar eclipse at 23 degrees of Sagittarius on December 14, exact at 8:16 AM PST. Eclipses bring illumination regarding issues and they can precipitate major changes in our lives. This solar eclipse will particularly affect individuals with planets at or around this degree, particularly those with planets in the mutable signs (Sagittarius, Gemini, and Virgo).

Below, you will find a table of astrological events for this month. You can assess the quality of significant days by noting when planets form exact aspects and where all this activity takes place in your natal chart.

[1] Deborah Byrd and Bruce McClure, “Before the end of 2020, great conjunction of Jupiter and Saturn,” EarthSky, November 20, 2020, https://earthsky.org/astronomy-essentials/great-jupiter-saturn-conjunction-dec-21-2020.

Posted by ASTROLOGY DIALOGUES at 11:25 AM