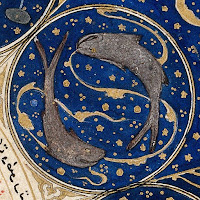 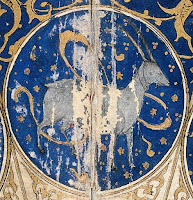 The Mercury retrograde period is in full swing as we enter March. Although Mercury reversed its direction on February 17, it began its shadow period (the territory it retraces on its journey) on February 2. Mercury turns direct on March 10, but it will not be out of its shadow until March 30 when it reaches 12°48′ Pisces. During the Mercury retrograde phase, we might misinterpret or not understand the spoken or written words of others. Furthermore, the technology we utilize to communicate may malfunction at this time. Therefore, it behooves us to be vigilant about all things involving communication and be aware that we might need to review and redo our work.

As you know, this is election season in the United States, where residents in the 50 states are voting for candidates who will be finalists in the general election in November. Last month we witnessed the confusion that occurred in the primary held by Iowa, where a new device application malfunctioned and delayed the vote count. Similarly, some jurisdictions, like Los Angeles County, are introducing new voting technology and new voting systems in March. While I hope that things go as smoothly as possible on Super Tuesday (March 3), it would not surprise me to see considerable confusion on that day, or on election days later in the month.

In addition to the influence of Mercury retrograde on March 3, we will also experience Venus in Aries square Saturn in Capricorn in exact aspect on that day. The planet of relationships and diplomacy, Venus is in feisty Aries. She is going to resist the containment and decorum displayed by Saturn in Capricorn. Could there be expressions of revolt by women who are challenging the patriarchy and the status quo? This could be quite a spirited Super Tuesday!

This entire month is still under the influence of the Saturn and Pluto conjunction (at 22° Capricorn) that occurred this past January 12. At the start of the month, these planets are less than four degrees apart and by the end of the month, they will still be less than six degrees from one another. Consequently, issues around structures, financial systems, containment, power, plutocracy, and transformation remain prominent. When a planet transits the Saturn-Pluto conjunction degree, that area of any astrological chart (such as your natal chart or an event chart) will be affected. Expansive Jupiter will pass through this territory beginning on March 15, which suggests issues symbolized by Saturn and Pluto might be magnified at that time. Additionally, Mars transits that area beginning March 19, which indicates that we might see a forceful action initiated around that time concerning issues in the realms of Saturn and Pluto.

We are hearing about the rapid spread of the coronavirus named COVID-19 that many experts believe will reach pandemic levels. In medical astrology, the planet Neptune corresponds to the immune system. Neptune is in a long transit in Pisces, a water sign that it rules. Neptune is known for its quality of dissolving borders or boundaries. As a water sign, Pisces often defies containment, much like waterways. As we enter the month of March, Jupiter is in a sextile relationship to Neptune, albeit a separating aspect. Consequently, in the symbolic language of astrology, the permeability of the immune system is widened, thereby leading to a fast spread of this virus. The good news is that the asteroid Pallas Athena, symbolizing wisdom, strategy, and skill, is in a sextile relationship to Neptune, suggesting that international health entities have opportunities for collaborating on this problem.

Potent Days of the Month

While there are important aspects occurring throughout the month, I have identified the ones that I believe might pack the most punch. For a listing of all significant astrological events, please refer to the table at the end of this article.

March 3 —Venus in Aries square Saturn in Capricorn (exact): relationships might be put to the test. This could reflect disagreements or conflicts between females and the patriarchal structure. Or, our initial feelings of excitement in the risk of a new venture might be dampened by the constraints of reality. This also could represent choosing between the aesthetic and beautiful option versus the cost-savings option.

March 8—Sun in Pisces conjunct Neptune in Pisce: our subjective perspective might be filled with illusions OR we prefer not to reveal our true selves at this time. On the other hand, we might be capable of making our imagination or high idealism work to our benefit.

March 8—Venus in Taurus conjunct Uranus in Taurus: our relationships or our values might be turned upside down with a sudden shock or a sharp awakening.

March 9—Full Moon in Virgo: a time of culmination for either short-term goals or for setting long-term benchmarks.

March 9-14—Sextiles!: During these few days, collaborate and act on opportunities.

March 20—Mars in Capricorn conjunct Jupiter in Capricorn: a time of excess aggression OR galvanizing action for long-range plans

March 22—Mars in Capricorn conjunct Pluto in Capricorn: an explosive show of power OR a force behind transformative actions

March 23:—Sun in Aries square the North Node in Cancer: we might be forced to make choices about our future direction or be pressed to move forward on a project.

March 31—Mars in Aquarius conjunct Saturn in Aquarius: strategies for building foundations are best made with intellectual detachment

The CONJUNCTION aspects show a merging and fushion of two different energies.

The SEXTILE aspects reflect days when there is collaborative energy and opportunities.

The SQUARE aspects indicate days when there is friction or you have to make choices.

TRINE aspects are symbolic of days when there is harmony or easy energy. (Note: this is not always positive, because we might be complacent)

The QUINTILE aspects show days where your creativity can soar.

Posted by ASTROLOGY DIALOGUES at 8:59 PM