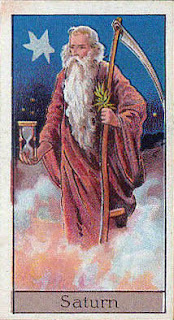 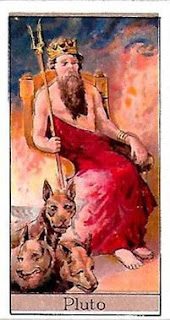 I’ve returned to writing my monthly articles, which I will now prepare in a more condensed format. I am just in time to share my thoughts on the astrologically significant events of January 2020, the month that ushers in a new year and a new decade in the western world.

The Major Events of the Month

We enter January 2020 during an eclipse season. The New Moon eclipse occurred on Christmas day of 2019 and we will have the Full Moon eclipse on January 10, 2020. You may recall that eclipses are periods when we become enlightened about certain matters that previously have been unclear. Of course, this can pertain to our personal lives as well as events going on in the social sphere.

Because the eclipses occur on the nodal axis, this season involves releasing of nonfunctional things or issues from the past (related to the South Node) and moving toward areas that encourage our growth (pertaining to the North Node).

At the beginning of the month, we have five planets (Sun, Mercury, Jupiter, Saturn, and Pluto) in Capricorn. This zodiac sign is concerned with economy, practicality, responsibility, and reliability. Consequently, we sense that the energy around us is very earthy and serious.

By far, the most noteworthy astrological event of January is the conjunction of Saturn and Pluto. Saturn and Pluto begin a new cycle every 33 to 38 years. The conjunction aspect is about the birth of a new phase, either for us as individuals or for the collective. When this upcoming conjunction occurs on January 12, 2020 at 22°46′Capricorn, it signifies that we have closed the cycle that began in 1982 and are ready to start fresh with a new relationship.

In astrology, what do Saturn and Pluto symbolize? First, let me say that these “planets” represent serious and heavy realms of energy. It is especially significant that Saturn is the ruler of Capricorn; hence, this planet is particularly important at this time. The placement of Saturn in Capricorn during a Saturn-Pluto conjunction will only occur every 500 years. (As a side note, in 1520, the Spaniards had invaded Mexico and were battling the ruling Aztec empire for the conquest of this region).

In astrology, Saturn is the principle of contraction, which might encompass setting limits, developing boundaries and recognizing time constraints. Honoring Saturnian energy in a positive way means we are willing to devote time, discipline, focus, and hard work to acquire expertise. When we deal with Saturn, we must face reality and challenges. If we are daunted and overwhelmed by the situations we face, we might experience fear. In concrete terms, Saturn symbolizes the foundations and structures we build in our personal lives. At the societal level, Saturn pertains to our government entities and our economic structures, such as banks. Saturn also represents persons in authority, such as parents or bosses. In an advanced evolutionary state, Saturn is how we reclaim and own our own authority.

Pluto pertains to the evolutionary process of transformation. We might need to purge elements in of our lives or in society that can no longer be sustained and that must die. This death allows us to find healthier ways of living, personally or collectively. Pluto also symbolizes power. In negative terms, it can mean the misuse of power, such as corruption and violation of other human beings. In societal terms, Pluto can represent those who are powerful, such as those in a plutocracy.

If we want to understand how the Saturn-Pluto conjunction might affect us personally, we can look at where Saturn and Pluto conjoin at 22°46 of Capricorn in our natal chart. What realm of activities is associated with that particular house in your horoscope?

Many astrologers and astrology buffs are interested in what the significance of the Saturn-Pluto conjunction is on a national level. Although there is no consensus on what is the most accurate natal chart for the United States, a commonly accepted one is the Sibley chart, which is set for July 4, 1776, 5:10 pm LMT, Philadelphia, PA and features Sagittarius rising. In that chart, 22°46′Capricorn falls in the second house of resources and values. Transiting Pluto and Saturn are five degrees away from the natal Pluto (at 27° Capricorn) in the U.S. chart, thus forming a conjunction.

What does the Saturn-Pluto conjunction signify at the national level? Here are my thoughts of some of the most positive possibilities:

Our American economic structures (Saturn) require deep transformation (Pluto) for the health of the country.
Americans need to reign in (Saturn) corruption (Pluto).
Globally, the U.S. is the biggest contributor to carbon emissions. Therefore, Americans need to curb and contain (Saturn) their waste and excessive indulgences/obsessions (Pluto) in order to reduce the factors contributing to climate change.

Time has come for the reconstruction of our American society (Saturn) such that its people limit the influence of the wealthy (Pluto).

Even the rosiest interpretations of the Saturn-Pluto conjunction suggest that productive goals will occur only with endurance and commitment. The abolitionist Frederick Douglas gave us this wise observation in the 1860s : “Power concedes nothing without a demand.”

January 2: With communicative Mercury conjunct aspirational Jupiter, it’s a good day to make hopeful resolutions for the New Year. The Moon in Aries aids us in getting an energetic start on our goals.

January 10: Early in the morning,  Mercury conjuncts the Sun, so expect that you and others will demonstrate forceful communication, albeit subjective in nature. The Full Wolf Moon (20°00′Cancer) occurs at 11:21 am PST. The Sabian Symbol for this degree of Cancer (Venetian Gondoliers In A Serenade) suggests romanticism and fantasy. As quixotic Uranus turns direct, it could signal an evening of surprises.

January 12-13: On these two momentous days, first Mercury and then the Sun want to join the conjunction party with Saturn and Pluto.  Big events filled with impactful information might make the headlines around this time.

January 18-23: When Mercury then the Sun square Uranus, there could be significant surprises in our personal lives or on a societal level. This energy might require us to make some quick decisions and/or align with a particular side.

January 24: The New Moon (4°21′Aquarius) occurs at 1:41 pm PST. The Sabian symbols for Aquarius 4-5 are A Hindu Healer Glows With A Mystic Healing Power and  A Council Of Ancestors Has Been Called To Guide  A Man. These messages suggest that calling in the supernatural might be appropriate at this time. This energy might aid us in our health and assist us in following the right path.

I WISH YOU ALL A PRODUCTIVE JANUARY AND A HAPPY NEW YEAR!

Note: The images above of Saturn and Pluto were downloaded from Wikimedia Commons.
Posted by ASTROLOGY DIALOGUES at 4:43 PM