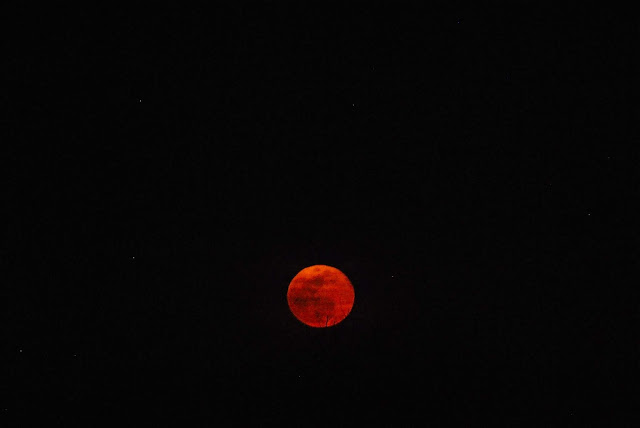 For the first three weeks of March, three planets–the Sun, Mercury, and Neptune–will be transiting Pisces, and the characteristics of this sign bring a very dream-like quality to our lives. It might be difficult to discern reality from fantasy and the truth from fiction. We could feel sleepier than usual and we might lapse into daydreaming. In addition, we might notice that our preferences this month venture into the artistic, whether expressed visually or through the aural senses.

As we enter the latter part of March, the energy will begin to change, as we experience the vibrancy of a new season, ushered in by the active sign of Aries. Spring is  here and we will be ready to initiate new endeavors.

Mercury retrograde is upon us in March. This month, Mercury  retrograde begins on March 5 and ends on March 27. (Astrologers often note that we are impacted by the retrograde during the shadow period when Mercury retraces the territory of its retrograde. This is roughly a month before and after the retrograde period). During this phase, this planet is closer to the earth and its qualities become more pronounced. Known in the popular culture as a period when communication might go awry, this phenomenon actually reflects a time when we need to be internally reflective. Because Mercury will be in retrograde motion in Pisces, we can expect that we might be especially introspective and internally focused. Talking might give way to communicative expressions through music, art, and dance.

A HUGE shift occurs this month that will have implications well beyond March. The slow-moving planet Uranus (with a cycle of 84 years) will be back in Taurus on March 6, where it will reside until 2026. It first entered Taurus in May 2018, but it went retrograde in August. In January 2019, it moved direct once again.
Uranus symbolizes the process of change that occurs rapidly, like an electric impulse, although its energy might have been building unseen for an extensive period. Uranian energy manifests as revolt, revolution, a breakthrough, a genius idea, and unconventional approaches. Because Uranus promotes avant garde thinking, this planet has come to represent technology.

Possessing quixotic energy, Uranus was in familiar territory in Aries, a zodiac sign that expresses itself spontaneously. Now that it becomes firmly rooted in Taurus, we can expect that change will manifest more slowly, and when it does, it could have a more pronounced impact. With Saturn and Pluto in Capricorn, and Uranus now in Taurus, both earth signs, we could see an increased focus on matters that require change within the environmental and economic spheres.

The asteroid Chiron first entered Aries in 2018 but went retrograde into Pisces. It reentered Aries last month, and March marks its first full month in this sign. Chiron was first discovered by astronomers in 1977, and in astrology it became a symbol of healing and maverick energy. Known as the wounded healer, Chiron focuses on our need to come to terms with and develop solutions for the ways in which we have been hurt. This involves disseminating information and mentoring in order to help others with similar pains.

By looking at historical periods when Chiron last transited Aries, we might gain an understanding of what might be in store for us in the coming eight years. The last time Chiron was in Aries was 1968-1977, which was a very tumultuous period within the U.S. In 1968, we saw the assassinations of Martin Luther King and Robert Kennedy. The Vietnam War caused a great rift in opinions among the American populace. There were cries for equality among minority populations, women, and university students with accompanying demonstrations. I suspect that there will be parallels in how this energy will be expressed in the coming years. As we have already witnessed, many will call for increased efforts to heal the causes and effects of violence within our country. This will involve many strategies, depending upon our particular worldview. With Uranus and Chiron bringing simultaneous energy shifts, this should be an interesting time.
WEEKLY ACTIVITIES

First Week (March 1-2)
A Friday marks the beginning of March, and Venus is a focal point this weekend. We might be singing along to the tune of Queen’s “Under Pressure.” Tensions could arise around relationships and money as the sign of relating and resources, Venus, squares rebellious and unpredictable Uranus. If we are conscious about the dynamics of these issues, we can work on solutions. For those not in a mood for compromises, it might be best to get some distance from people whom we feel are problematic. We might be screaming for FREEDOM!

If relationship or financial issues are not salient in our lives, we might be open to opportunities for social excitement, particularly among unconventional and interesting types. On the other hand, if we choose to be alone, we could express our rebellious nature through some type of art medium, whatever suits our fancy.
Venus changes signs on Saturday, March 2 as she moves from practical Capricorn to Aquarius, a detached social sign that favors group activities with like-minded folk or social causes that benefit humanity. In the guise of Aquarius, Venus might not be talking about one on one romance, but rather about the importance of a Green New Deal.

Second Week (March 3-9)
The New Moon at 15°47′ on Wednesday, March 6 at 8:05 am PST provides the opportunity to reset our emotional tone. Like Cancer, the planetary ruler of the Moon, Pisces is a water sign tuned into the emotional realm. Pisces feels deeply, is compassionate, and often relies on a sixth sense. With the Sun and Moon in Pisces, the dreamy and feeling state is pronounced.

The cosmos bolsters our abilities to think and act creatively this week as Mercury quintiles Saturn and Mars quintiles the North Node. We can use our talents to build something concrete that is in alignment with our personal growth. More than likely this effort to create a structure will increase our sense of security. The energy we expend in this effort might not be solely for our benefit but those of others as well.
While one aspect of our nature is focused on creating the tangible, another dimension of ourselves has a yearning for the spiritual and the artistic as the Sun in Pisces conjuncts imaginative and transcendent Neptune, its planetary ruler. Additionally, the Piscean Sun sextiles goal-oriented Saturn. Therefore, we can give form to whatever moves us spiritually and artistically.

The challenge this week is to use the gentle and dreamy Piscean energy to our advantage. With Mars now in steady Taurus, it can find inspiration with a sextile to Neptune to take something from its concept to a productive form, such as a newly designed garden.

This week we need to keep the eye on the vision that serves us best. The gentle Pisces Sun gets a nudge from powerful Pluto this week when the two form a sextile, which might give us a little backbone on Wednesday. Meanwhile restless and possibly overly enthusiastic Jupiter in Sagittarius can be somewhat of an irritant this week as it first squares the Sun and then Mercury. However, that’s a quickly passing phase we are once again able to envision the best path for us to take as Mercury trines the North Node and the Sun conjuncts Mercury and then trines the North Node. At the end of the week on Saturday, we might be encouraged by Mercury sextile Pluto to speak the truth and by Venus quintile Uranus to use our finely honed social skills to navigate the situations that come our way.

Fourth Week (March 17-23)
The culmination of the monthly lunar cycle occurs on Wednesday, March 20 at 0°09′ Libra at 6:43 pm PDT. This is a time of the new season of Spring and the Sabian symbol for this degree reflects this transition: “a butterfly displays the beauty of its wings…”

Mercury in Pisces can induce us into a spacey state where we grasp for words. In aspect with planets in other signs, Mercury in Pisces must display its thoughts and speech. This week, Mars in Taurus and Saturn in Capricorn sextile Mercury, thereby channeling form to the intellectual and communication function.

Mars and Venus are active on the dance floor this week, but mostly dancing with others. The action planet Mars shows its willingness to purge the aspects of life that no longer work when it trines Pluto. It might have to revamp its long term plans, as indicated by its quincunx with Jupiter. This process leads one to be in alignment with one’s growth direction, when Mars sextiles the North Node. Meanwhile, Venus, which represents our capacity for relating to others, appears out of sorts with taking action, as she squares Mars. She displays optimism when she sextiles Jupiter. Yet she’s not sure how this fits into her overall direction, since she forms a quincunx to Jupiter. What does this all mean? This week we could seem sure about our direction one moment and then we rethink this and uncertainty arises.

How can we address this? Our answer might come at the end of the week when we look at some healing strategies that involve being concrete about our plans. We get this message from the Sun in Aires in conjunction to and quintile Chiron in Aries and Saturn in Capricorn quintile Chiron.

Fifth Week (March 24-31)
There are four quintile aspects this week! First there is Sun in Aries quintile Pluto in Capricorn, then Mercury in Aries quintile Mars in Taurus, and Venus in Pisces quintile Jupiter in Sagittarius. With two planets now in Aries, we get a shot of energy to begin some projects. Consequently, the environment is conducive for being on the same page with others. With this tremendous harmony, you can choose how to work with this energy.

This last week of the month suggests that we emphasize a reliance on our creative talents to make this a week where we thrive. We must first understand the environment created by the conjunction between Mercury in Pisces with Neptune in Pisces. With this combination, we can feel out of focus, as if we are lost in another world. There are both advantages and disadvantages to this state of mind. For the creative writer or visual artist, this might be prime time. For others, it might take some discipline to focus our minds.

Savor the time to be reflective and artistically expressive this month so you can move on to more active times in the future!


Posted by ASTROLOGY DIALOGUES at 11:24 AM