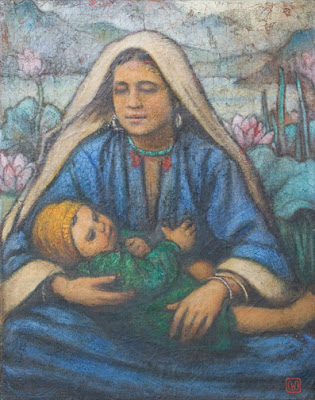 
As we enter the month of July, there are five planets in retrograde motion: Pluto, Neptune, Saturn, Jupiter, and Mars. Jupiter will soon shift to direct motion on July 13. However, by July 23 we will once again have five planets moving retrograde when the planet of communication, Mercury, joins this backwards team. During these summer months we can expect to do a lot of reviewing, whether in our personal lives or in the realm of work. There is a sense that we need to revisit certain issues, and in that process we can revise, retool, repair, revamp and reestablish our projects and ourselves.

The most recent planet to begin the retrograde cycle is Mars, which started moving backward the last week of June. In astrological symbolism, Mars represents our warrior spirit, the energy that drives us to seek out what and who we want. We defend or seize whatever we believe is in alignment with our principles, our goals, or the authority that guides us. The retrograde phase for Mars could signal a time when we are in retreat, although not necessarily inactive. This might be the opportune time to reconsider our strategies and plan for future efforts. Mars will move direct again on August 28, but it will not exit its shadow period (i.e. move beyond the zodiac territory it retraced) until October 10.

However, there is another take on this Mars retrograde period. During their retrograde periods, planets are closest to the earth. Therefore, when Mars is close to our earth, the energy really “heats up.” Moreover, retrograde periods represent energy that is held within. Hence, we have the potential for pent up anger that goes unexpressed for a time. Other planetary triggers can cause this energy to explode. We can expect that people might be extreme in their actions at this time.

The currents of change are set off by the set of eclipses that occur in July. From an astrological point of view, eclipses are about issues in our lives or in our society that need to be illuminated. Something that has remained hidden might emerge for us to see in clear view at this time. Because Jupiter is in Scorpio until November, we have much energy in the cosmos facilitating exposés.

Mars and Uranus play important roles during this eclipse season. During this month, Mars in early Aquarius moves no farther than 3° from the lunar South Node, the celestial point that represents the experience we need to release before we can begin the growth process of the North Node. Mars energy “gets us going,” and its conjunction with the South Node could act as the surgical tool requisite to expunge our old habits. Meanwhile, Uranus in Taurus squares these nodes of fate, signaling that some unanticipated upheaval could bring change in a new direction. The day before the July 12 Partial Solar Eclipse, Mars and Uranus form a square, an aspect that will last through the month. This square reflects great tension that requires a release of energy.

The New Moon @ 20°41´Cancer occurs on July 12 @ 7:47 pm PDT. This is a Partial Solar Eclipse where the Moon is aligned between the Sun and the Earth. Pluto opposes the Sun and Moon at this solar eclipse, which could mean that we experience a major power dynamic at this time. As a symbol of decay and rebirth, Pluto signals that much needs to be expunged at this time. What needs to be destroyed depends upon our particular reference point. On a personal level, this might relate to addictions and obsessions. At the societal level, there could be elevated tensions between nations or political groups at this solar eclipse.

Other planetary energies are intertwined with the Partial Solar Eclipse. Jupiter square Mercury could reflect temptations to speak before thinking with our words getting out of hand. If we can harness the idealism and spiritual qualities of Neptune as it sextiles Pluto, we can fare better in a potential standoff. Nevertheless, this New Moon is a time for us to begin setting new intentions for the next month. Because the Sun and Moon are in Cancer, it might be a particularly good time to set goals pertaining to our home, our family, and matters concerning how we nurture or how we want to be nurtured. Cancer is about mothering, and we might see something major emerge around the separation of mothers (or parents) and their children, an issue that has occurred for those seeking asylum in the U.S.

The Full Moon @4°45′ Aquarius/Leo occurs at 1:20 pm PDT on July 27 and it will be the longest lunar eclipse of the 21st century, lasting 1 hour and 43 minutes.[1] This Blood Moon lunar eclipse occurs in the rather dispassionate sign of Aquarius but in opposition to the Sun in the joyful sign of Leo. Recall that the solar eclipse was in the emotional sign of Cancer. Perhaps the issues of the day call for us to find solutions in our community (Aquarius) and in passionate endeavors (Leo) to assist us in tackling the issues that emerge at this time.

All this month, we observe that Uranus, the symbol for unexpected disruption, forms a harmonious trine with Saturn, which symbolizes borders, whether these are healthy or unnecessary borders. Some event in our personal lives or in the social or worldly realm might shatter something that was previously defined. Because trines are easy flowing energy, they are associated with activities that occur without resistance. In its most advantageous form, this could represent traditional (Saturn) people working well with progressive (Uranus) persons to achieve some end.

The energy from the Capricorn Full Moon late in the evening on June 27 is now waning. Nevertheless, the message from that lunation was to focus on matters to which we can show commitment. Capricorn is serious about getting work done, and we can ride on this energetic wave until the New Moon on July 12.


With Mercury squaring Uranus at the beginning of this first week, we might notice mental tension. When we are able to verbalize our concerns, we might be abrupt and unusual in our speech. We might say things that are “off the cuff.” Our ideas might be perceived as “radical,” which might be negative or positive, depending on our audience.

The asteroid Chiron symbolizes our wound from which we learn and are able to heal others. This astral body will begin its retrograde phase on July 5 and will not move direct until December 8th. This could be a period when our focus is inward in order to reflect on the aspects of the wound that remain unresolved.

Preceding its reversal of direction, Mercury enters its shadow period on July 8. The shadow represents the area of the zodiac that Mercury retraces before it moves ahead in the zodiac after its retrograde period. Mercury will leave its shadow on September 13.

Venus begins transiting earthy Virgo on July 9 at 7:32 pm PDT. Virgo brings the quality of discernment to this planet concerned with relationships and values, including monetary concerns. This is a powerful combination when it comes to beautifying ourselves or our environment. Virgo can bring an element of discipline to our health routines.

Big time revelations might emerge when Jupiter turns direct at 4°13′ Scorpio on July 10. Be sure to tune into news stories around this time. (Could we be in for some more Mueller investigation information)? If we don’t hear about the uncovering of information, we might just be feeling intensely exuberant or passionate. Depending on our personal tastes, we each get to pick what that concerns!

At the end of the week, on July 12 at 7:48 pm PDT we experience the major event of this week—the Partial Solar Eclipse at 20°41′. This conjunction of the Sun and the Moon in Cancer in an eclipse brings the potential for great emotionality, especially with Jupiter and Neptune in water signs. We can appeal to a sense of caring at this time in a conscious manner, but we need to steer clear of manipulation.

This could be an unusual week that pertains to “other worldly” occurrences. If we stay attuned to more than just the rational world, we might understand what this energy is about.

This week begins with Mercury in a TriSeptile to Neptune, which represents reaching a “fork in the road of destiny.” I am new to understanding this astrological aspect, but the information that I have is that it concerns situations that might occur for no rational reason. Mercury has to do with the rational mind and communication. On the other hand, Neptune is the realm of the imagination and the spiritual. As I write this, I am thinking of a concept of the 12 Step recovery movements in which participants state a belief in a power greater than oneself. How will this singular phenomenon operate at this time will be something I am interested in observing!

On Friday, July 20, Saturn forms a quintile with Neptune. Quintiles are about talents or gifts. We might witness tangible outcomes (Saturn) when we use our gifts of imagination and spirituality (Neptune).

This is a week of eventful changes. It starts off with the Sun beginning its transit of the joyful sign of Leo at 2:00 pm PDT on July 22. This brings more extroverted energy to our lives. Although Cancer energy has much to do with mothering, the sign of Leo has to do with children and the creativity that comes naturally to them.

Mercury has gotten a bad reputation for causing havoc in the realm of communication when it goes into retrograde motion, which it will do beginning on July 25th at 10:02 pm PDT at 23°27′ Leo and will continue until August 19. Retrograde phases are not always the same because they occur at different places in our charts. It is helpful at this time to just be aware that our mental faculties and communication might be operating differently, and that we might need to review our work to get things right.

On Friday at 1:20 pm PDT, we experience the significant Total Lunar Eclipse at 4°45′ Aquarius. Although Aquarius is a sign known for its humanitarian spirit, it can also be somewhat dispassionate, but in a scientific manner. Perhaps we can gain some perspective (the Moon and Sun opposition) to adjust our emotional needs with our ego needs. As I mentioned in the Big Picture section above, this eclipse appears to nudge us into clearing our old habits in order to make way for new ways of being.

During the last three days of the month, we are still processing the energy of the Total Lunar Eclipse. Aside from this, we have other planetary activity.

Mars is a focal point at this time as it opposes the Sun and squares Uranus. Our energy might feel revved up, but the reflective nature of Aquarius and Mars retrograde might temper this usually volatile combination. However, we might still experience the unexpected and be thrust into spontaneous interchanges.

Simultaneously, we have jovial and expansive Jupiter in a trine relationship with imaginative and spiritual Neptune. This could amp up our creative output or could reflect overindulgence in mind-altering substances.

Pluto trine Venus intensifies our passions and attractions to people or to beautiful things. The only thing to be wary of are unhealthy obsessions.

MAY YOU ALL BE WELL CARED FOR DURING THIS MONTH OF JULY!
[1] https://www.popularmechanics.com/space/moon-mars/a21946293/july-blood-moon-longest-lunar-eclipse/


Posted by ASTROLOGY DIALOGUES at 4:01 PM