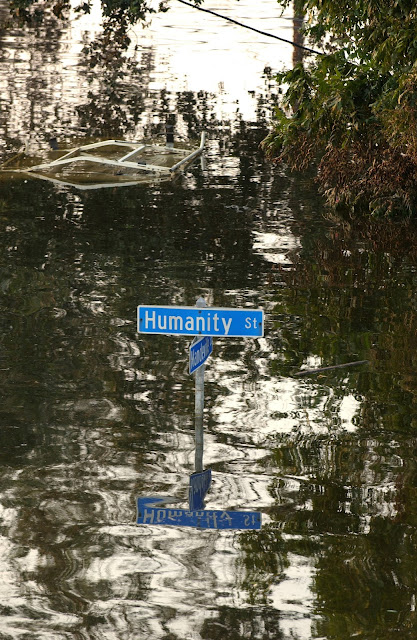 During the last week of September, Jupiter opposed Uranus and this dynamic is now dissipating as we move through October. This relationship signifies an awareness of the other, or knowing that there are some divergent positions that may require integration for optimum resolution. In this dynamic, Jupiter often magnifies issues or events that are unexpected or surprising. Certainly on the national scene, our leaders and the people are confronting the destruction (Uranus) caused by natural disasters that seem to be made bigger (Jupiter) by the disagreement over who or what are priorities and how swiftly emergency response efforts can respond.

Jupiter is a major headliner in October, as it moves from the last degrees of Libra into Scorpio on October 10. In Libra, Jupiter certainly makes the well-being of others a priority. Jupiter is comfortable with the airiness of thoughtful Libra as this planet speaks of lofty ideas and ideals. Water might not be a favorite element of fiery Jupiter, but this planet might find the Scorpionic drive to uncover truth quite appealing. Ruled by intense Pluto, Scorpio's truth excavation process is not at all easy, but it can bring its rewards when all is said and done.

We continue to be in the aftermath of the August 21 solar eclipse that certain regions in the United States experienced in its totality. Eclipses are known by astrologers to reverberate for a period of several months after the actual event. Planets that enter the zone of the eclipse as they transit have the potential to trigger changes associated with bringing things to light.

Because the outer planets move much slower than the inner planets, their energies leave long-lasting imprints in our lives. Uranus and Pluto began a new cycle at their conjunction at the 17 th and 18th degrees of Virgo in 1965-66, at which time we saw many citizens of the world rebel (Uranus energy) against the world powers (the Pluto elite). That time also gave rise to many geniuses, particularly in sciences and technology, with their advances transforming how we lead our lives, for better or worse. As the Uranus-Pluto cycle moves through time, these planets will aspect each other in different geometrical relationships. Our most recent experience with their exact aspects was during the Pluto-Uranus square (with Pluto in Capricorn and Uranus in Aries in the middle Cardinal degrees) beginning in 2012 and ending in 2015. Although that relationship has dissipated, some astrologers believe that we continue to experience the aftershocks of their three-year standoff.

On October 1, we have a concentration of energy, as Mars (action Jackson) and Pluto (the urge to transform and the urge for power) are in an easy aspect (trine). This is a time to be productive, and if we are, it can have both immediate and long-term impact because these planets are in results oriented earth signs (Virgo and Capricorn).

Mars and Venus conjoin on October 4. These are the planets of love and sexuality. If you are serious about going after a love interest, this might be your time to make it a reality. If already in a relationship, you might want to give your special other a gift that symbolizes your commitment. If no love interest is in your life, make use of this energy by moving quickly on investments or purchasing something that will feed your need for aesthetic beauty.

We have a Full Moon in Aries on October 5 that signals to us to be in tune with our individual emotional needs, particularly as the planet of communication, Mercury, moves to conjoin the Sun. This Sun-Mercury conjunction squares Pluto, which involves the middle Cardinal degrees of the Uranus-Pluto square, an echo from the period 2012-2015. This dynamic calls for communication to bring the Plutonian dark side to light, possibily through unexpected means.

This second week of the month might bring some frustrations. On October 8, Venus will square Saturn, while on October 9 the Sun will square Saturn. Meanwhile, on October 10, Mars will join Venus in its square to Saturn. This planet urges us to be cautious about certain moves and there is often a feeling that we are being tested. One of our projects or goals may temporarily come to a halt, but because Venus and Mars are fast-moving planets, this might not last long.

The lovely part of this week happens on October 14  when Venus, the planet of beauty, begins its transit of Libra, a sign that it rules. This brings an ease when we deal with matters pertaining to our desire for relationship and diplomacy, for aesthetics, and to activities that we love.

Mercury, the rascal and chatterbox of the zodiac, begins its transit of tight-lipped Scorpio on October 17. While Mercury tends to favor a swifter and less profound atmosphere than the one created by Scorpio, this could be a good time for some talk therapy and for any sleuthing that might contribute to solving a puzzle or mystery.

We have a New Moon in late Libra on October 19, which favors the setting of intentions for the lunar month. On this day, we find the Sun opposing quirky Uranus in fiery Aries. This is a good time to meditate on thoughts of peace, because this energy may provoke unexpected conflicts.


Fourth Week of October (22-28th)
Pluto and its sign Scorpio become more influential as the Sun begins its transit of Scorpio on October 22, while Mars leaves orderly Virgo and enters diplomatic Libra.

Light-hearted Venus in Libra squares intense Pluto on October 27. Some heavier issues dealing with obsessions, jealousy and other elements in that realm might need to be addressed at this time. The positive Mercury sextile Pluto on this day assists in these conversations to bring issues to the surface.

As the month of October closes, Saturn trine Uranus is in an applying aspect (but will not be exact until early November). Saturn is typically about containing or putting boundaries in relationship to something, which in this case involves Uranian matters. This might be a useful aspect to curb some of the quirky and unexpected behavior and events we have seen on the international scene and at the national level. At the same time, because the aspect means these energies are working well together, it may not put a damper on our creative outputs, but it might mean we can make them more concrete and reality-based.


Have a productive and lovely month of October and
Happy Happy Halloween!

Posted by ASTROLOGY DIALOGUES at 6:22 PM