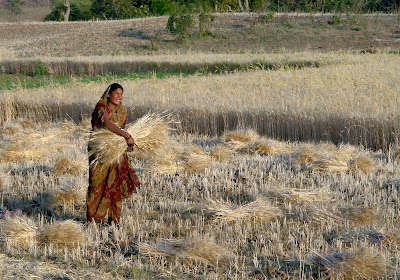 The Great American Eclipse of August 21 has passed, but we can expect to see its effects linger as planets travel across the degree point of that Sun and Moon conjunction (the 29th degree of Leo). During this eclipse season, a ruler (Sun in royal Leo conjunct the kingly star Regulus) did not fall, but the lives of three “kings of comedy” were eclipsed, and I refer to the prominent entertainers Jerry Lewis, Dick Gregory, and Shelly Berman.

Then we have the massive tragedy of destruction along the Texas and Louisiana Gulf Coast as Hurricane Harvey made landfall. Halfway through the cycle of Neptune in its water sign Pisces, we witness events involving the oceans, waterways, and oil. The fluids symbolized by Neptune and Pisces defy containment, as their thrust is to dissolve boundaries. The human application of a Piscean perspective calls for us to see all people as one, a concept that remains a challenge when xenophobic groups express hostility, as we observed in Charlottesville, Virginia. Yet, we feel consoled when larger numbers of broad-minded people unite to counter groups that divide society.

As we transition this month from the energy of fiery Leo to earthy Virgo, the time is ripe to place greater emphasis on analysis and the power of discrimination. However, this is not to suggest that sparks will not fly at particular times, but that there is movement toward greater practicality.

The day of the Full Moon in Pisces on September 5 favors the culmination for that which we set in motion at the last New Moon. This dreamy emotional energy may feel at odds when contrasted with the volatile and active energy of Mars (now beginning its transit of Virgo) as it joins Mercury, the planet of communication, commerce, and networking. Important information might be revealed, so business or political situations are apt to heat up at this time, with the parties involved participating in verbal confrontations or direct actions. We are at risk of increased volatility because Mercury passes the 29th degree of Leo, the point of the eclipse, which energizes that territory in the chart of an individual, entity, or locale.

Mercury enters Virgo territory on September 9. The Virgo Sun forms a trine with the slow-moving planet Pluto, which bodes well for the formulation of practical strategies to address power and control issues. Because Mercury rules Virgo (and Gemini), this is an opportune time to establish ties, network, and concentrate energies on all forms of earnest communication.

Around September 13, when the Sun and workhorse Saturn are in the tense aspect of a square, we might experience challenges to our personal or business project goals. Meanwhile, our values or financial matters might undergo a significant overhaul when Venus moves over the eclipse point on September 19, and a day later moves into Virgo, a sign that excels in bringing plans into fruition. At this time, Mercury is opposite Neptune. This placement can signal a need to integrate rational ideas with compassionate approaches. It can also caution us that there may efforts to overcome reason with deception. The New Moon in Virgo occurs at 9:30 pm PDT on September 19. Three days later, on September 22, the Sun begins its transit of the sign of Libra, a sign concerned with relationships. It is a mental sign, so it is a natural transition for the practical thinking of Mercury-ruled Virgo.

When Mercury squares Saturn around September 24-25, we might have challenges in grounding our ideas into solid solutions. However, this entire month has been a time when advocacy groups have been in high gear to bring about revolutionary approaches to social issues as Jupiter and Uranus form an opposition. This planetary relationship is also associated with major technological advances. This planetary pair reach their closest opposition aspect on September 27.
Posted by ASTROLOGY DIALOGUES at 5:26 PM