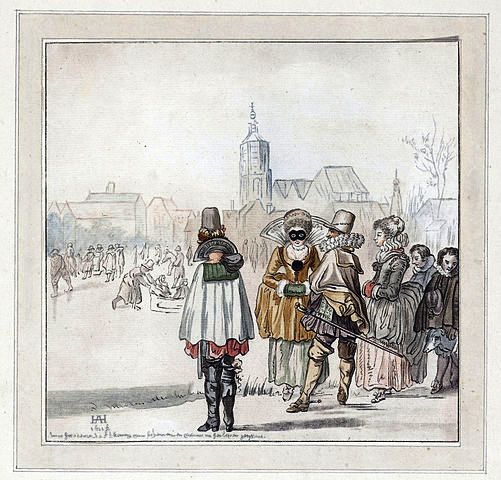 
When the Sun is in close proximity to the Moon’s nodes, we experience a pair of eclipses, the lunar eclipse at the full moon, and the solar eclipse at the new moon. The lunar eclipse takes place at 15° Aquarius on August 7 and the solar eclipse at 29° Leo on August 21. For Americans, the latter event is particularly significant because the solar eclipse stretches 3,000 miles across the continental United States. Its 70-mile wide path of totality will completely cover the sun in 14 states, from coastal Oregon to Charleston, South Carolina. People residing outside the path of totality will see a partial eclipse.
When solar eclipses occur in Leo, astrologers say that this astronomical phenomenon is associated with the fall of authority figures. This can be interpreted both literally as well as figuratively. In astrological symbolism, the Sun symbolizes the father and the king. Leo is the sign of “specialness” and royalty. Hence, we might see leaders become afflicted through illness (or death), or through political actions that limit their power.


We can expect that this “Great American Eclipse” signals change for residents of the United States and its leadership. Although there are still questions about DonaldTrump’s true natal chart, it is reasonable to believe from the choice of possible charts that the solar degree of the eclipse on August 21 will conjunct his ascendant (or rising sign) and his natal Mars. With the defeat of “Trumpcare” legislation, we have already observed setbacks for the man who occupies the White House. He may experience additional challenges or serious consequences resulting from past actions. These changes might not occur on the day of the eclipse, but might come to fruition sometime afterwards. Also, watch how the eclipse affects the land and the people from the states that were in the path of totality.

August 1-26: As we enter the month, Venus has just entered Cancer, where she will remain through August 26. Because the Moon rules Cancer, Venus will be subject to greater mood swings as the luminary shifts every couple of days into a new sign. We might expect to devote more energy to security concerns, whether that pertains to our emotional needs or domestic requirements.


August 1-22: Mars in Leo perfected its conjunction with the Sun on July 26, and is now separating. However, Mars remains in a wide conjunction until approximately the 22nd of the month. When the planet of action is close to the Sun, the energy combination promotes vitality and a strong will to accomplish our goals. We might be particularly ambitious in the realm of life where this conjunction falls in our particular charts. In its extreme form, this energy can be aggressive, even war-like. It is a time when people might use the energy to defend others or a cause, as well as protect their own ego. Mars is in Leo throughout August, and it’s an ideal time to promote ourselves and seek recognition for our achievements.


August 1-31:  This month begins with an applying square aspect between Jupiter in Libra and Pluto in Capricorn, and by the end of the month, the aspect will be a separating square. What this signifies is a conflict between values or stances where there are sharp disagreements. There might be a struggle between expanding diplomacy (Jupiter in Libra) versus a strategy of promoting annihilation of a structure or protecting the rights of an elite to be in charge (Pluto in Capricorn). Jupiter wants to aim high and Pluto desires to purge that which no longer serves a purpose.


August 7: The Lunar Eclipse occurs at 11:10 am PDT at 15° Aquarius. Many in the occult field consider fifteen degrees of the fixed signs to be a particularly powerful energy. Because Aquarius is an air sign, this placement represents the power of detachment and the intellect, which is naturally alien to emotional lunar energy. Astrologers have various opinions on what the nodes of the Moon signify. Some believe that the north node indicates the direction we should be moving toward for growth, and the south node representing the past and what we must move beyond for growth. I am more inclined to think that since the nodes, by definition, are in opposition to each other, we might benefit from seeking a balance between two ways of being. Because the lunar eclipse falls on the south node of the Moon in Aquarius, this might signal that the collective needs to recapture the power of the mind to address issues on the earthly plane.


August 12: Mercury, the planet of communication and the mind, stations at 11° Virgo as it begins its retrograde motion that ends on September 5. Generally, Mercury retrograde periods often signal periods when we are prone to misunderstandings. Our vantage point on subject matter may shift, and we might need to redo projects based on those changes. This retrograde period might have added significance because it is occurs in the middle of two powerful eclipses. Because Mercury rules Virgo, signifying a compatible energy, it will be interesting to see how this retrograde phase plays out. My perspective is that what we say or write might have greater impact on others during this eclipse season than it would have at other times.


August 15: As Jupiter squares Pluto, Venus at 15° Cancer joins in these planetary dynamics by opposing Pluto. This adds a dimension of values assessment, perhaps as it pertains to issues of finance. Venus in this dynamic may want to play it safe, for security’s sake, while Pluto in Capricorn says he agrees with planning for security, but that can only occur if we get rid of unnecessary baggage. This makes me think of the dynamics that have and will continue to occur in Congress as those who care (Venus in Cancer) think of protecting vital programs while the powerful want to get rid of that part of the budget that is “useless” for their social class.


August 20: We feel supported when Mars sextiles Jupiter, signaling that effort might reap some rewards, since the action planet also trines nose-to-the grindstone Saturn. This energy combination balances discipline and patience with fiery enthusiasm. Meanwhile, the Sun displays electric energy with a trine to megawatt Uranus, encouraging us to be freethinkers so that we may contribute our innovative ideas.


August 21: The Great American Eclipse manifests on the west coast at 11:10 am PDT. Where does the 29th degree of Leo appear in your chart? This is where you may see significant changes in your life over the next few months.


August 31: Mercury retrogrades back into Leo, right on the degree of the eclipse point! Will we hear some status quo shattering news? Or, will we be the ones communicating some profound change to others? Either way, it should be interesting!

Posted by ASTROLOGY DIALOGUES at 12:32 PM