THE COSMOS CLIMATE OF MARCH 2017 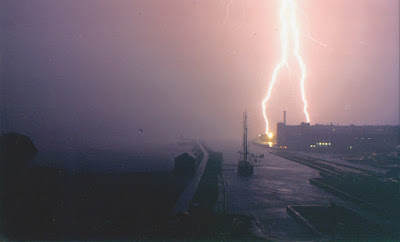 As the month of March begins, we are still reverberating from the Solar Eclipse of the last weekend in February. Eclipse events are associated with times when we may have revelations about matters important to our lives. Astrologers vary in their perspectives as to the duration of the eclipse’s impact, but many say that it lasts for at least two weeks.

On the day of the Solar Eclipse, Mars, the planet of action, and Uranus, the planet of unexpected change, were exactly conjunct at 21 degrees of the independent and “me first” sign of Aries. Therefore, we can expect dynamic events and confrontations, with possibly unexpected changes, occurring within the first two weeks of March, and perhaps longer. As you may recall from my previous postings, I’ve noted that Eris, the asteroid representing the disenfranchised and rebellious feminine, is conjunct (joined with) Uranus in Aries. Women’s groups have asserted leadership in advocacy efforts to protect policy gains, which are (once again) being threatened by the ruling party. After staging successful post-Inauguration events across the country and  around the world, women will once again make their voices heard on March 8th, which is International Women’s Day.

Jupiter is the planet of expansion and whatever it contacts, it makes bigger. As it transits Libra, it opposes slow-moving Uranus in Aries. Consequently, whatever phenomena are set off by unpredictable Uranus, Jupiter will magnify these events for our viewing. Because this expansive planet is in Libra, it alerts us to themes regarding relationships and justice. How can our society address the injustices brought to light by women? This Jupiter-Uranus opposition will experience its final pass in September.

Mars is involved in another significant alignment on March 5. At that time, it forms a harmonious trine with Saturn, the planet of structure and boundaries. Normally, these two planets have very different motivations, with Mars directing its spontaneous energies to its goal of obtaining what it desires, while Saturn cautiously funnels energy toward building permanent structures. At the societal level, this could be a time when we hear about changes in governmental or business structures or the deposing of figures of authority. Although this aspect is a trine signifying an easy relationship, it does not necessarily mean that the outcome is one that you want to see; it does mean that there may be little resistance to its implementation. Nonetheless, it does signal an opportune time for being proactive with authority figures. For example, is there a plan for moving forward on a project that you want to present to your boss for approval? Your eagerness and great ideas may impress her!

Beginning on March 10, we will see planetary positions that incorporate methodical energy into the astrological landscape. On that day, Mars begins its transit of Taurus, a sign concerned with projects that offer value with tangible outcomes. This emphasis on practicality will be further reinforced at the Full Moon in Virgo on March 12. Virgo is the sign that attends to details in order to bring about improvements in systems of production or enhancements to the health and well-being of humans or pets. The Moon represents the feeling mode, so on an emotional level we may have needs to be assisted in self-improvement or we may avail ourselves to helping others. Keep in mind that the Sun will be transiting the sign of Pisces for most of the month, through the 19th. In fact, on March 2, the fast-moving Sun conjoins with Neptune, the planet of imagination and illusion, and it is also the ruler of Pisces. Unlike the earth signs of Taurus and Virgo, Pisces is ephemeral and spiritual. Its orientation is to see the greater whole and to dissolve boundaries. As is true for much of our life, we often experience energies that are vastly different and our challenge is to incorporate them meaningfully into our lives.

Venus, the planet of love and attraction, begins its 40-day retrograde period on March 4 and this lasts through April 14. This receptive planet is about attraction, values, aesthetics, and money. People within our fast-moving, goal-driven society may have trouble understanding this period because we want to see constant progress in all areas of life. Instead, this is a time to reflect on the territory covered by this planet. We may revisit these topics during this period, including possible encounters with past loves.

Mercury, the planet of the mind and of communication moves into Aries on March 13. We may notice that we may speak more impulsively and that our thought processes seem quicker. Later in the month, on March 23, Mercury will move into volatile territory where it exactly conjoins with maverick Uranus on the 29th, while opposing Jupiter and squaring powerful Pluto. Both on a societal and personal level, there may be much significant debate and verbal charges bandied about at this time.

Aries energy gains momentum when the Sun begins its transit of this sign on March 20, which begins the Spring season and the new astrological calendar. Three days prior, on March 17, the Sun squared Saturn, which may have brought up issues of “hitting a brick wall” or having one’s personal direction appear to be incompatible with that of an authority figure. Yet, because the Sun moves into Aries, there is a drive to take action around that matter. When the Aries New Moon occurs in the evening of March 27, we may feel the urge to fight for our needs, or be driven to take some type of action.

Posted by ASTROLOGY DIALOGUES at 11:11 AM