Bringing Order to Chaos with Discernment: the Aquarian Full Moon and Virgo Transits in Late August 2016 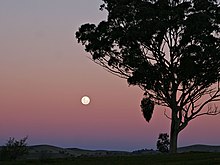 Because the Moon is the fastest “planet” in astrology, its nature is very changeable. Certain moon events, such as eclipses, symbolically represent our mood and life issues on these particular dates. On August 18, we have a penumbral lunar eclipse at the 26th degree of Aquarius (25°51′). This occurs when the Earth is between the Sun and the Moon, thus blocking some of the sunlight reflected by the Moon, which is covered by the outer part of the Earth’s shadow (i.e. the penumbra).[i] The Sabian symbol for Aquarius 26 is “A GARAGE MAN TESTING A CAR'S BATTERY WITH A HYDROMETER.” The late astrologer Dane Rudhyar refers to this stage as the individual mental level and the symbol of mental efficiency. This is a time to use our analytical mind, perhaps with the aid of technological tools and knowledge, to solve personal or social problems.[ii]

With this Aquarius Full Moon, we can observe where its planetary ruler is on this day. Uranus, the planet of unorthodoxy, trines the Sun, so we may feel an awakening on an issue. Uranus also represents genius approaches, particularly when we allow ourselves to think outside the box. However, with Uranus forming a quincunx with Jupiter and a sesquisquare with practical Saturn, we may be at a loss in defining our vision and unclear as to what steps to take next in our process. Mars, the planet of action and pursuing our goals, is in the early degrees of Sagittarius, in a waxing conjunction with the barrier-forming planet, Saturn. People may feel thwarted for a period, at least until Mars moves past Saturn on August 24th, but we may not feel in full throttle forward until Mercury comes out of its retrograde phase in mid-September.

Mercury rules the discerning sign of Virgo, where this planet is currently transiting. Venus and Jupiter are also in Virgo. This signals a time of getting things organized, whether that means discarding and putting a few things in place or bringing order to larger entities or systems that are in chaos. The upside of Mars conjunct Saturn is that this energy can assist us in bringing disciplined focus to our projects. We can start immediately to use the powers of analytical Virgo to evaluate our projects and develop strategies to bring more efficiency to our lives. When the Sun begins its transit of Virgo on August 22, we have an additional month’s time for streamlining and preparing for the priorities of the next season.

Posted by ASTROLOGY DIALOGUES at 3:28 PM